He said Prasa was talking to rail experts from Germany and France, so that “our standards meet the standards they should be benchmarked against”. 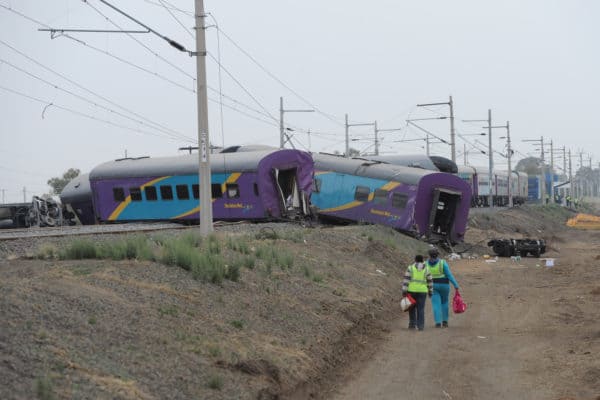 “We are building a rail system that is definitely going to be a world-class system,” CEO of the Passenger Rail Agency of SA (PRASA) Zolani Matthews told Parliament on Wednesday.

Deputy Transport Minister Sindisiwe Chikunga led the PRASA delegation in the absence of transport minister Fikile Mbalula, alongside PRASA Chairperson Leonard Ramatlakane and Matthews to brief the National Council of Provinces’ Select Committee on Transport on the agency’s plans to fix its collapsing rail infrastructure.

He said PRASA was talking to rail experts from Germany and France, so that “our standards meet the standards they should be benchmarked against”.

PRASA suffered large-scale looting of infrastructure after private security companies were withdrawn from service without a replacement plan in November 2019. As a result, PRASA has to repair and replace an enormous amount of infrastructure, including substations, signalling cable and equipment, telecommunications lines, and perway (permanent way – a collection of components which includes the ballast, sleeper, and the rails) across all its priority corridors. These projects are expected to be completed in 2022.

Matthews said that PRASA is using “the latest technology” to frustrate would-be vandals, including bank-like security doors in substations and switching to low-copper cables. “Criminals know what to target … It is organised crime trying to destroy the networks,” he said.

Matthews said that Ramatlakane would meet Cape Town Mayor Dan Plato on 9 September to try to make progress on the removal of the informal settlements on the railway line at Langa and Philippi.

ALSO READ: Families living along Prasa railway in CT to be evicted by Nov

Ramatlakane said PRASA was hoping to complete a land swap with the City to move people currently in Philippi to a plot in Kapteinsklip, but was waiting for an answer from the City on the proposal.

The recovery of the Central Line in Cape Town and the Mabopane Corridor in Pretoria were identified as presidential directives by President Cyril Ramaphosa.

Matthews said that the design of the walls intended to protect these lines has been completed and contractors should be appointed by the end of September. He said that PRASA was working to a December 2022 deadline for the full resumption of service on the Central Line, contingent on the successful removal of the informal settlements and perway rehabilitation. PRASA was trying to involve local small businesses in the upgrades.

PRASA’s depot modernisation plans recently took a knock when construction firm Gibb won a High Court challenge against PRASA’s decision to award contracts for depot modernisation at Salt River, Durban Yards, and Springfield to GladAfrica, despite GladAfrica’s bid being R346-million more than Gibb’s offer. Matthews defended PRASA’s process, saying that it was compliant with the provision of the Public Finance Management Act. PRASA is taking the matter under review.

Committee member Mandla Rayi, citing GroundUp’s recent article on the derelict state of the East London to Berlin line, asked why there were no updates about rail refurbishment in the Eastern Cape and other provinces. He said it was “disappointing and demotivating that the focus is always on the three big provinces” and that smaller provinces are de-industrialising because of lack of government investment.

Matthews replied that these lines would form “part of our assessment in future”.

Ramatlkane also announced that PRASA was investigating introducing concessionary arrangements with the private sector to operate rail services in some parts of the country, including Limpopo.

Police heavily incapacitated to deal with protests, concedes Cele
2 months ago
2 months ago

Police heavily incapacitated to deal with protests, concedes Cele
2 months ago
2 months ago