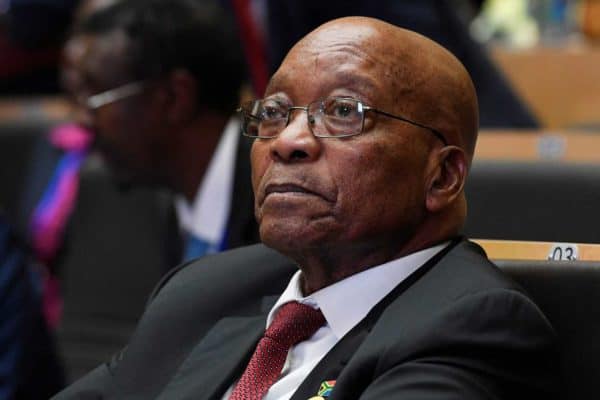 The Department of Correctional Services (DCS) said former president Jacob Zuma had a surgical procedure on Saturday, 14 August and other procedures, the ANC has wished him a speedy recovery.

AfriForum goes to court to send Zuma back to jail

Civil rights organisation AfriForum has become the latest organisation to officially file a court application in an attempt to send former president Jacob Zuma back to jail.

On Wednesday, the organisation announced it had served an application to the the High Court in Pretoria on an urgent basis for the review of Zuma’s medical parole against six correspondents.

“These respondents are the National Commissioner of Correctional Services, the Medical Parole Board, Zuma himself, the Secretary-General of the Judicial Inquiry into Allegations of State Capture and Fraud in the Public Sector, including organs of state, the Minister of Justice and Correctional Services and the President of the Republic of South Africa,” reads the statement.

‘We have electricity and coffee,’ boasts ANC while employees strike for salaries

In a defiant briefing with the media on Wednesday afternoon at the ANC’s headquarters, Luthuli House, ANC spokesperson Pule Mabe said that only the ANC would be able to bring liberation to the people of South Africa.

He said the ruling party was “very excited” about the announcement of its 2021 local government elections manifesto, which he said head of elections Fikile Mbalula would ensure was full of “razzmatazz”.

The party was handed a lifeline by the Independent Electoral Commission of SA (IEC) after the ANC bungled the submission of its candidates in more than 90 municipalities. They will now have until the end of the month to try to get it right again in a process that was previously marred by infighting and administrative inefficiency.

The organisation said the state has no option but to face reality and waive this debt as uncollectible after years of motorists defying an irrational and grossly inefficient scheme.

Gauteng’s freeways are in dire need of a long-promised funding solution and not an ongoing blame game.

The Department of Basic Education has released the revised timetable for this year’s matric final exams.

Grade 12 exams start on 27 October 2021 after the initial dates clashed with the local government elections.

Cooperative Governance and Traditional Affairs Nkosazana Dlamini-Zuma declared that elections would take place on 1 November, which clashed with three other papers: English paper one, business studies paper one and non-official languages paper one.

Although President Cyril Ramaphosa on Sunday announced that bottle stores could sell alcohol for an extra day during the week, a memo from the Ministerial Advisory Committee (MAC) on Covid-19 has revealed that government was advised that off-site liquor trade should return to normal.

Ramaphosa extended the days that liquor could be sold by allowing bottle stores to operate on Fridays.

However, Health Minister Dr Joe Phaahla was advised that government should relax “the current restrictions on the sale of alcoholic beverages for off-site consumption by returning to the usual hours of sale in terms of the Liquor Act (i.e. allowing sale from Mondays to Sundays)”.