'In science you can make a person sick by telling them that. In my view, by putting on the mask, you are telling your mind there is a disease.' 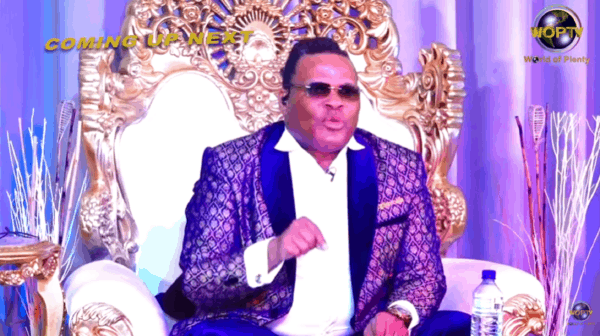 KZN's HQ Nala tells congregants there is no corona

Controversial KwaZulu-Natal pastor Dr HQ Nala has told his congregants that whoever believes in him should not take the vaccine, going as far as to say there is no coronavirus at all.

In a video shared on his YouTube account on Monday, Nala said that according to him, there was no vaccine yet because, if there was, vaccinated people would not get Covid-19.

The video was also shared on his Facebook page with more than 46,000 followers.

“I am not against medicine. I’m not saying people should not take vaccine because it’s a medicine; because if it was a medicine I was going to direct my people, stand on my pulpit and encourage them like I encourage them to go to the doctor. I am telling my people to not go to it. No Plentian should touch any vaccine. If they force you, call me, I will talk to whoever forces you. Before they put your vaccine they must sign; anything that happens to you, we’ll hold them accountable,” said Nala.

ALSO READ: No compensation for vaccinated people if they experience serious side effects

According to the pastor, Covid-19 is only a manipulation of people’s minds to believe they have contracted a nonexistent virus.

“According to my opinion, there is no corona, but there is manipulation of our minds and they are using what they don’t want to tell us to make it corona. In science you can make a person sick by telling them that. In my view, by putting on the mask, you are telling your mind there is a disease. Remember your mind can create anything you want it to create. I don’t want my people who believe in me – my children, my wife, myself – to take vaccine. I believe I’m responsible before God. I cannot tell them something that I have not proven right,” he said.

ALSO READ: Dr Nala claims to have raised the dead

“Until now, there is no proof that you have vaccine. In my view there is no vaccine. Vaccine should protect you from getting corona or any disease. You can’t get wet if you have a raincoat. You cannot force us on something that has no proof.”

No politician can sue him for his opinion on this, he says.

His followers have praised him for being a “mouthpiece of God” and only speaking the truth.

Health Minister Dr Joe Phaahla last month raised concerns about the proliferation of fake news and conspiracy theories on social media about Covid-19 vaccines, and said government was working to counter the negative stories about the jabs.

“What we accept is the fact that there is a very strong and fairly orchestrated and organised fake news campaign to discredit vaccinations. And unfortunately, in some cases we have found even people who are health professionals who are also part of this,” Phaahla said at the time.

According to the Disaster Management Act, there is a provision that says circulating fake news is a criminal offence.

While Nala claims more people die after getting the vaccine, scientific data showed that vaccines are effective in preventing severe illness and deaths among Covid-19 patients.

The South African Health Products Regulatory Authority (Sahpra) also said last week there were no deaths that had been linked to the Covid-19 vaccine to date.

Covid-19 has killed at least 4,689,140 people since the outbreak emerged in China in December 2019, according to a tally from official sources compiled by AFP on Monday.

At least 228,494,810 cases of coronavirus have been registered worldwide.

According to the NICD, 1,504 new Covid-19 cases have been identified in South Africa since the last report, which brings the total number of laboratory-confirmed cases to 2,884,134.