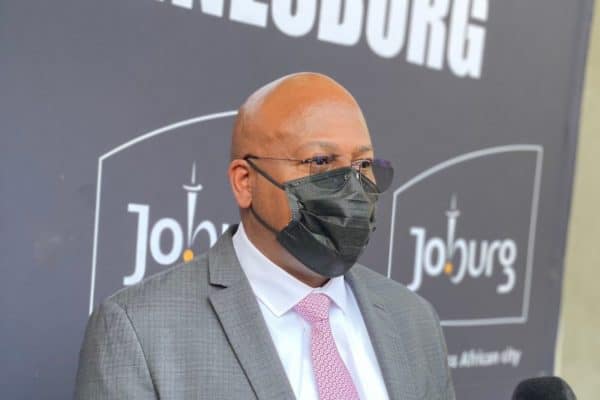 The City of Johannesburg has a new mayor, former member of the mayoral committee (MMC) for environment and infrastructure services, Mpho Moerane, who was elected on Friday morning.

Moerane said he is “not new to the streets”, and vowed to “carry on with [the city’s] promise of service delivery, starting in Alexandra, my home.”

Moerane said he would “go on this journey with God and my ancestors as my guides”.

The Independent Electoral Commission (IEC) on Friday said it was more than ready to deliver the upcoming local government elections with “an unswerving consistency” and excellence as it had done since the advent of the country’s democracy.

“As our nation is battling with the devastation caused by Covid-19 to our economy and lives, the commission and its very committed staff members remain hard at work to ensure these elections are delivered safely in fulfilment of our constitutional mandate,” said IEC chairperson Glen Mashinini.

National spokesperson of the Democratic Alliance (DA) Siviwe Gwarube on Friday told African National Congress (ANC) members who are also part of the portfolio committee on health to hang their heads in shame following the publication of the SIU report on the Digital Vibes communication contract and subsequent suspensions of senior health department officials.

Health Minister Joe Phaahla on Friday gave an update on the department’s plan of action following the findings and recommendations of the SIU’s report, which implicated several officials, who have since been suspended.

A report by investigative journalism group amaBhungane has alleged that details surrounding a high-speed car crash involving Ekurhuleni mayor Mzwandile Masina have been “hushed up”.

The allegations in the report include:

The Jacob G Zuma Foundation has announced that it will be hosting a national welcome-home prayer for the former president on 14 October.

This comes as uncertainty swirls around Zuma’s whereabouts. The foundation has previously refused to confirm whether the former president is at his home in Nkandla or is still in hospital.

“The foundation is inundated with a barrage of calls following a media report which purports that H.E president Zuma is back at Nkandla. The foundation wishes to reiterate its earlier position that the discharge from hospital of H.E Prez [sic] Zuma will not be made public,” reads a tweet from the foundation’s spokesperson Mzwanele Manyi.

The South African Weather Service (Saws) has issued a warning over severe weather conditions – including thunderstorms, rainfall and flooding – across large parts of the country.

While some communities in Gauteng woke up to power outages on Friday morning, emergency personnel are dealing with flooded roads and fallen trees.

On Thursday, thunderstorms were observed over the central interior of the country, which resulted in heavy downpours, damaging winds, and even hail in some regions.