Mbalula's statement may just put him in a difficult position with the Congress of South African Trade Unions (Cosatu). 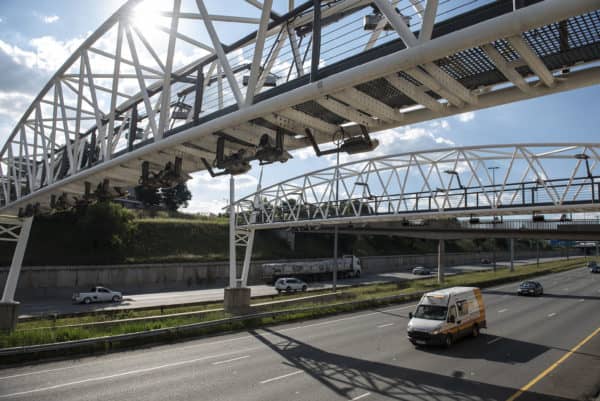 Transport Minister Fikile Mbalula on Thursday reiterated that national roads must be maintained and this cost money, which meant the e-toll system cannot be scrapped.

Speaking during the opening of two driving licence centres in Gauteng, Mbalula said although the government was well aware people had hefty e-toll bills and refused to pay, tough decisions had to be made.

“The funding model that we have employed as a country for our roads is affected by our attitude towards e-tolls, but we are working on that and a e-toll solution will be found.

“We are a caring government but have a country to run and an economy to sustain and we’ve got hard decisions to make regarding this matter,” he said.

Chief executive at the Organisation Undoing Tax Abuse (Outa) Wayne Duvenage said the minister of transport had not grasped the concept that if one failed to enforce his or her own laws, they were useless.

“The laws around the e-toll policy do not work. Firstly, people are not paying, the South African National Roads Agency Limited (Sanral) stopped working for over two years, which is a problem and they cannot blacklist anyone as the National Credit Regulator and the Act barred them from blacklisting so there is no bad credit rating and they cannot withhold anyone’s licence,” he noted.

Duvenage added that e-tolls were a lost cause because the government was not making enough to pay for the collection process.

“All these factors mean the government’s laws around the e-tolls are unenforceable and the public dissent around the law does not make things easier. To make matters worse, 85% of people are not paying,” he said.

The Automobile Association (AA) has reiterated its long-held view that the e-toll system in its present form will continue to fail as most motorists have taken a principled stand against making e-toll payments.

“Suggesting road funding and maintenance is an either/or situation based solely on e-tolls is misleading.” said the AA.

The association insists there are other options available. “Scrapping of e-tolls should not, in our view, result in a lack of maintenance and development on the Gauteng freeway, it just means alternative sources of funding must be sought. ”

The Association in the past has called for the ring-fencing of a portion of the existing General Fuel Levy to fund the Gauteng Freeway Improvement Project.

Economist Levy Ndou said Mbalula’s statement that e-tolls would not be scrapped would put him in a difficult position with the Congress of South African Trade Unions (Cosatu).

“Cosatu, which is in an alliance with the ANC, has always said e-tolls must be scrapped due to workers not having money. The government has also not been able to enforce compliance with e-tolls, so whether e-tolls are there or not, people will still not pay,” he said.

Mbalula said the opening of the two driving licence centres in Centurion and Midrand on Thursday were among measures put in place to relieve the expired driving licence backlog.

“We are working on revamping and on a total overhaul of the licensing regime.

“Getting a licence is a nightmare for motorists.

“We said we would open these two centres to address such problems even after the March deadline next year and we have pledged the backlog would be done away with,” he said.

The centres have been operating from 1 October.