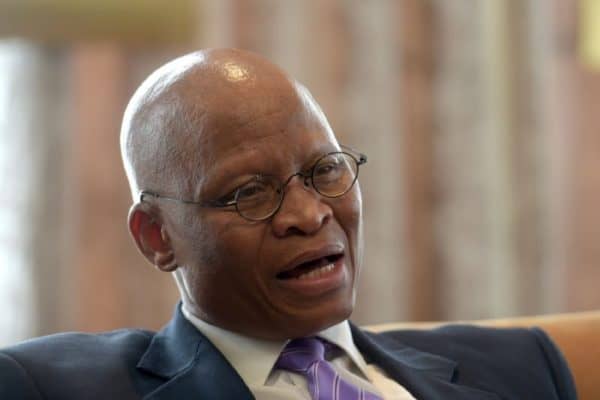 After spending a decade at the helm of the Constitutional Court (ConCourt) and the judiciary, Mogoeng Mogoeng’s tenure as chief justice officially comes to an end on Monday.

Mogoeng was appointed to the top job by former president Jacob Zuma back in 2011, becoming the country’s fourth chief justice since the dawn of democracy.

At the time of his appointment, a number of lobby groups urged Zuma not to appoint him and pointed to his conservative views as an ordained pastor. They argued that he was lenient on rapists and said his religious views would interfere with his rulings, but he denied this.

This was announced by the Presidency in a statement.

It said that this was done in line with Section 2A of the Public Holidays Act of 1994.

“The date for local government elections – as a public holiday throughout the country,” reads the statement.

“The President calls on all registered voters to use the opportunity of the public holiday to exercise their democratic right and civic duty by voting in this election that empowers citizens to elect new leadership and influence service delivery where they live.

In a letter addressed to DA regional chairperson Senzi Sibeko, and also sent to leaders Helen Zille, John Steenhuisen, Fred Nel and Greg Krumbock on Saturday, a “shocked” and “horrified” Waters said he was not impressed with how the party handled the Phoenix posters matter.

The DA announced on Thursday that it was in the process of taking down its controversial local government election posters put up in Phoenix recently, after the party was accused of stirring racial tension in the area.

A Mpumalanga MEC has handed himself over to Nelspruit police in connection with at least two counts of murder and one count of attempted murder.

The MEC was accompanied by his attorney and is expected to appear in the Nelspruit Magistrate’s Court soon, South African Police Service (Saps) spokesperson Vishnu Naidoo said in a statement.

The 45-year-old is allegedly linked to a shooting incident in which two people were killed and a third person was wounded.

The shooting took place on 22 August 2021 in Nelspruit.

He will join two other suspects whom were arrested in September.

The CEO of the South African National Parks (SANParks), Fundisile Mketeni, was on Monday found not guilty of assault with the intent to do grievous bodily harm by the Bushbuckridge Magistrate’s Court.

The judgment was confirmed by Mketeni’s legal team to The Citizen.

Mketeni was first accused of the charges in May, and made his first court appearance in the same month along with three other individuals accused of similar charges.

The sexual assault charges levelled against Mketeni were withdrawn in July, owed to inconsistencies and a lack of evidence, his legal team said.

Government gives sports fans the thumbs up to attend matches

There was good news from the government on Monday for sports fans – supporters are now allowed back in the stands.

According to the latest entries in the government gazette, and adjusted lockdown regulations, published on Monday, up to 2,000 fans are now permitted inside outdoor venues and 750 for indoor arenas.

This is for professional as well as non-professional sporting activities, events and matches.

Spectators still have to adhere to all Covid protocols including being one and a half metres from one another. If this is not possible then no more than 50 percent of a venue’s capacity is allowed to be used.

Here’s how fuel prices could spike during November

The Bureau of Economic Research (BER) on Monday published its forecast for the week, with a warning about Brent crude oil and fuel prices during November.

According toBER, “a sudden and unprecedented surge in gas prices” could affect markets in the United Kingdom, the United States and South Africa.

Furthermore, an energy crisis in China “also fuelled the recent coal price rally”, despite the coal price benefitting from the latest market trends.