A man accused of killing a lesbian from Thokoza, south of Johannesburg, has been sentenced to 30 years in prison. 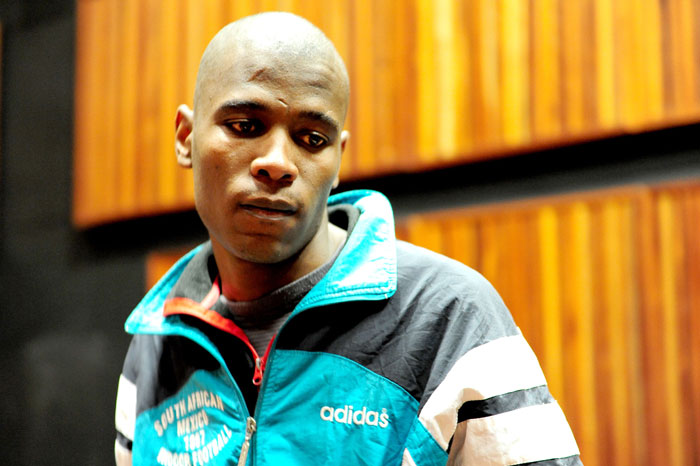 FILE PICTURE: Murder accused Lekgoa Lesly Motleleng sits in the dock at the High Court in Palm Ridge, 26 May 2014. Duduzile Zozo was a victim of suspected corrective rape and was murdered July 2013. Picture: Tracy Lee Stark

Lekgoa Motleleng on Tuesday pleaded guilty to the murder and rape of Duduzile Zozo, The Star reported on Wednesday.  Her lifeless body was discovered in September last year.

Motleleng was sentenced in the High Court in Johannesburg sitting in Palm Ridge by Judge Tshifiwa Maumela who stated that he wanted to make a difference to all vulnerable groups of society.

The paper quoted the judge saying a harsh sentence for Motleleng would serve as a warning to those who threatened the vulnerable. He told the 23-year-old to change his attitude towards homosexual people.

“Lead your life and let gays and lesbians be,” he said.