CCTV footage has emerged showing two women using a little girl to steal a handbag from a jewellery store. 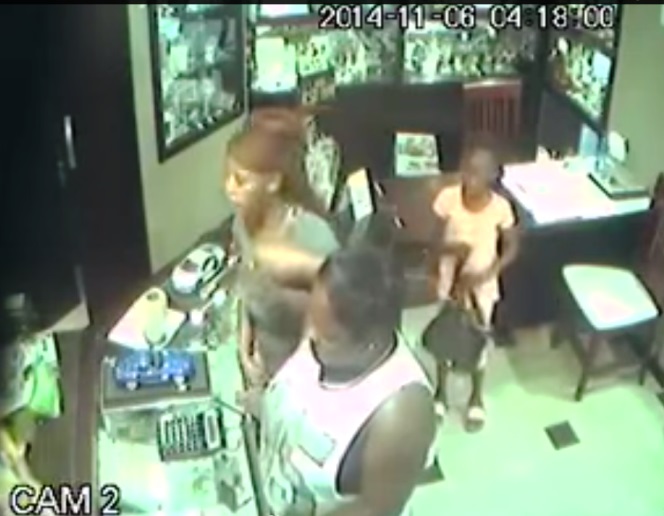 A screenshot of CCTV footage showing two women using a child to steal a handbag from a jewelry store. Pic: Public Servant/YouTube

The video, which has gone viral, shows two women walking into a shop with a child following them, Rekord East reported.

The women then pretend to inquire about jewellery as the child stands behind them, looking around the store.

As one of the women further distracts the jeweller by calling her closer, the little girl quickly crawls under the counter towards a desk, grabs a handbag and crawls out.

She walks close to the counter to hide the bag from view before one of the women quickly pulls her closer and walks her out of the store.

The time-stamp on the video shows that the incident took place early last month, but it is not clear where the footage was filmed.

In a similar incident, video footage emerged last year of a young girl stealing a cellphone from a handbag at a Johannesburg restaurant while her mother watched.

In the video, a pair of women are seen dining in the restaurant while the young child accompanied by two other women walk in and sit at a table next to them.

The child then gets up from her seat and quickly walks over to the diner, digs into a handbag and steals a cellphone.

The child she sits back down, slipping the cellphone into her shirt before her and the two women stand up and leave.