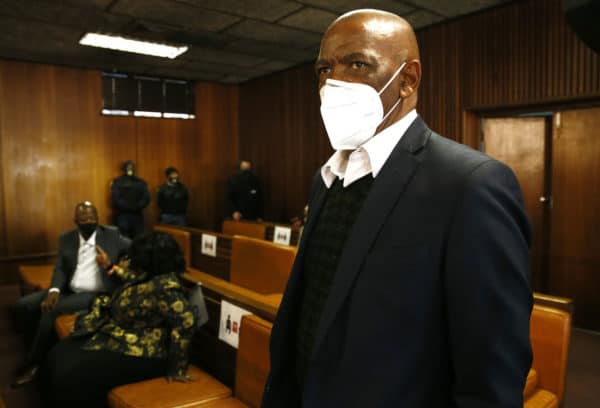 While the ANC has lost control of some of its traditional strongholds in the Eastern Free State and KwaZulu-Natal, the party’s treasurer-general Paul Mashatile insisted they weren’t desperate for coalitions. His views were echoed by ANC elections head Fikile Mbalula, who said the ANC was unbothered by ActionSA’s Herman Mashaba saying they wouldn’t work with them.

This despite there now being at least 47 hung municipalities countrywide, meaning that no one has managed to get an outright majority and coalitions would likely have to be formed if they wanted to remain in the driver’s seat in these councils.

The South African Communist Party’s (SACP’s) deputy provincial secretary in the Eastern Cape, Lazola Ndamase, has resigned as a member of the ANC.

Ndamase, who was an ANC branch member and a former Sasco general secretary, said he was stepping down from the ANC due to his dissatisfaction with the direction the governing party has been taking over the years, after being rocked by corruption scandals and infighting over positions.

But it is unclear whether he has also resigned from the SACP, which is in an alliance with the ANC and trade union federation Cosatu.

REPORT: More than a million jobs lost to load shedding

The ongoing power cuts in South Africa are expected to result in the shedding of at least 350,000 jobs, despite projections of 3.9% economic growth for 2021.

This is according to a research report by accounting firm PwC, which notes that the return of load shedding in the fourth quarter, after 11 weeks of no power cuts, undermines economic growth.

The report adds that although the global economic environment is favourable for trade-dependent South Africa, domestic challenges such as the ongoing power cuts continue to cloud scenarios for the remainder of the year.

While 90% of the country’s voters had trust in the Independent Electoral Commission (IEC), 68% of those who cast their ballots were fully vaccinated, a figure which is much higher than South Africa’s current rate of Covid-19 vaccinations.

This was announced by the Human Sciences Research Council (HSRC) at the national results centre in Tshwane on Wednesday, where they tabled their Election Satisfaction Survey which shed light on voters’ experience.

The survey, which sampled more than 12,000 voters at 300 voting stations around the country, found that 95% of those who cast their votes believed the elections were free and fair.

The corruption case of suspended ANC secretary-general Ace Magashule and his 15 co-accused – 10 individuals and five companies – has been postponed to 21 February 2022.

This after the Bloemfontein High Court postponed the case on 19 October for a pre-trial conference.

Judge Cagney Musi confirmed motions and affidavits should be filed by 19 November, with the state filing answering affidavits by 7 December.

Any accused wishing to file replying affidavits can do so by 15 December.

The Democratic Alliance (DA) has emerged victorious in Phoenix, KwaZulu-Natal, despite its controversial election campaign posters in the area.

The party won all five wards in the area near Durban.

In the build-up to the elections, the DA put up posters in Phoenix that read: “The ANC called you racists” and “The DA calls you heroes”.

This came as Phoenix was a hotbed of racial tension after the looting and riots in July. More than 30 people died and over 50 were injured in the area during violent unrest and looting that occurred in KZN and Gauteng, ostensibly triggered by the arrest of former president Jacob Zuma.