At least 50 shacks gutted by fire in Marshalltown, Johannesburg 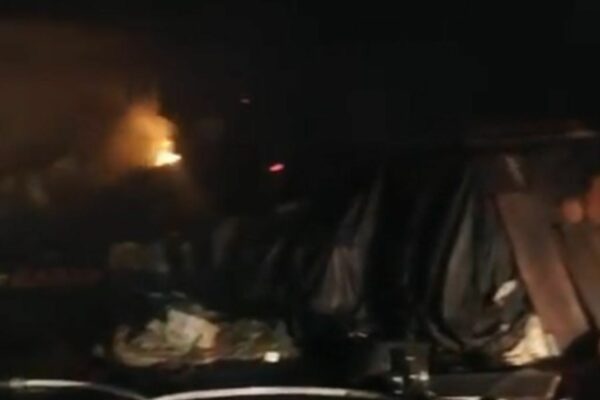 At least 50 shacks have been destroyed by a fire in Marshalltown, Johannesburg.

According to Johannesburg Emergency Services, the fire started in the early hours of Friday morning.

Spokesperson Robert Mulaudzi said a number of people have been affected by the fire.

“About 200 people were affected by this fire incident. There was one patient who was treated for smoke inhalation. The cause of the fire is unknown,” said Mulaudzi.

Mulaudzi said they are trying to accommodate those affected by the blaze.

“Our disaster management has been activated to organise them, maybe an area where they will be housed, an emergency shelter.”

Mulaudzi urged residents to ensure that they be careful with heating devices which may cause fires at home.

“It’s getting cold now and residents will be tempted to use heating devices to warm themselves. So we are encouraging not to leave them unattended, so we can prevent fire incidents,” he said.