The MEC will also receive counselling as the deaths of pupils have taken a toll on him. 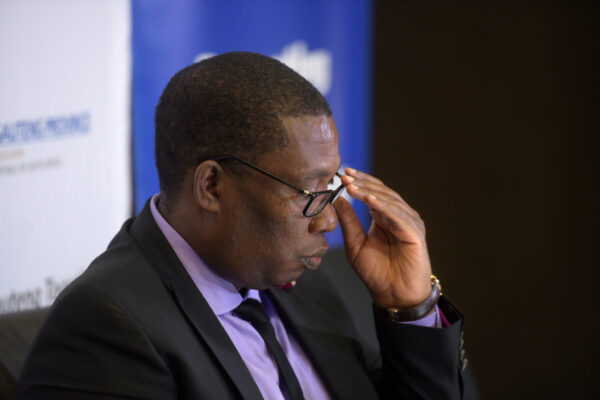 The MEC said this has been a difficult period for the provincial department.

“It is the most difficult thing to do when families leave their children with us, and we have to go back to them and explain that they are no more,” he said.

“I was hurt, I remain hurt, and I think I will be like this for some time. To lose three children at the same time is not an easy thing… worse if they come from the same family and I felt, let me come here to share my grieve with you, sympathise with you, comfort you,” the MEC further said.

Lesufi indicated that those affected will receive counselling after professionals were sent to both schools to provide support.

“I am even reluctant to even address learners because we don’t even know how they would react.

“We don’t even know whether we will be assisting them or worsening the situation, but there are professionals here who will monitor the situation and provide the necessary guidance and support to everyone who is affected,” he said.

According to Gauteng Education spokesperson Steve Mabona, Lesufi will also receive counselling as the deaths of pupils have taken a toll on him.

“We are also putting him through the professional assistance so that he can carry on because it’s his department, he must lead and he must go visit these families,” Mabona told eNCA.

In the first two months of 2020, Gauteng recorded 15 pupil deaths, including the death of Parktown Boys High pupil Enock Mpianzi, who drowned during a camping trip.

Preliminary reports alleged that the father gave all of his five children energy drinks in the morning while they were preparing for school.

Four of them consumed the energy drink after arriving at school, but the fifth child did not.

Two of the children died at the school after complaining of stomach pains while one died on his way to hospital.

The fourth sibling, 10, is in a critical condition in hospital.

Muridili said when police arrived at the children’s home, they found the boys’ father unconscious in the house.

“He was taken to hospital under police guard as it is alleged that he might be involved in the alleged poisoning of his children,” she said in a statement.

Muridili said police would wait for the post-mortem results which would determine the exact cause of the children’s deaths.

According to the victims’ family spokesperson, Johannes Khoabane, the father mixed a specific drug with the energy drinks and also made his dog drink the same concoction.

Khoabane told the media on Friday that the father waited for the boys’ mother to leave for work before he made them drink the concoction.

He also said the father tried to end his life by overdosing on pills and stabbed himself across multiple parts of his body.