Mkhwebane confirms complaint lodged against Ramaphosa over robbery at his farm 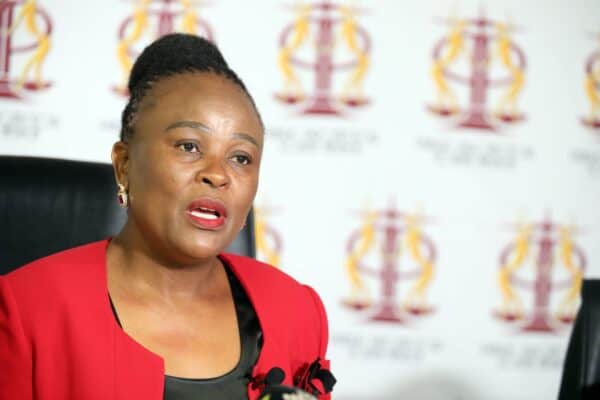 Public Protector Advocate Busisiwe Mkhwebane has confirmed that a complaint has been lodged against President Cyril Ramaphosa over the robbery at his Phala Phala farm in Limpopo.

In a statement Mkhwebane said the complaint was lodged against Ramaphosa for allegedly breaching the Executive Code of Ethics.

“The complaint, which relates to President Ramaphosa’s alleged conduct in respect of allegations of criminal activities at one of his properties, was received last Friday from Mr Vuyo Zungula, MP, President of the African Transformation Movement (ATM). The ATM is a political party represented in Parliament.”

Last week, the State Security Agency’s (SSA) former Director-General Arthur Fraser laid a criminal complaint against Ramaphosa, accusing him of breaching the prevention of organised crime act by not reporting the robbery at his Limpopo farm in 2020.

He claimed the suspects who broke into the president’s property were subsequently kidnapped, interrogated, and paid to keep silent.

According to the statement by Fraser, the millions of “undeclared” US dollars were stashed away inside pieces of furniture at the game farm.

“One of the domestic workers employed at Phala Phala discovered undisclosed sums of US dollars concealed in the furniture of the president’s residence at the farm,” reads the statement.

Ramaphosa has denied any wrongdoing regarding his stolen millions.

He is, however, yet to provide the key details regarding the robbery. He instead called for patience, pending a full investigation into the robbery.

On Tuesday, the Economic Freedom Fighters (EFF) vowed to disrupt Parliament if Ramaphosa is allowed to deliver the budget vote for his office.