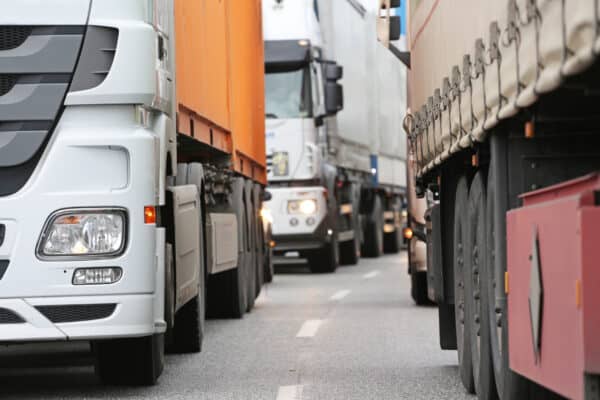 Transport Minister Fikile Mbalula is expected to announce government’s action plan to deal with the grievances of truck drivers in the freight and logistics industryon Monday afternoon.

This follows last week’s blockade of the N3 highway by disgruntled truck drivers who are demanding, among other issues, an end to the employment of all foreign nationals in the freight industry.

The blockades that government has labelled as economic sabotage, have led to disruptions to the supply chains and freight logistics across the country and the Southern African Development Community (Sadc) region.

But truck drivers claim employers in the industry are overlooking local truck drivers for foreign drivers, whom they allegedly exploit and pay less in wages.

The long-standing grievances by the drivers have in the past turned into violence with some drivers being killed, either by being petrol bombed or being shot. Several trucks have also been set alight on the N3.

In an effort to deal with the matter, an Inter-Ministerial Committee (IMC) on Sunday met with all stakeholders in the freight and logistics industry to iron out the details of an action plan to end the blockading of national roads by truck drivers.

The IMC – led by Employment and Labour Thulas Nxesi – includes the ministers of transport, home affairs and police.

The trucking industry is represented by the All Truck Drivers Foundation (ATDF), Truckers Association of South Africa (TASA), the Road Freight Association (RFA) and the Motor Transport Wokers Union (MTWU).

Speaking at a media briefing last Friday, Mbalula said all stakeholders had agreed on the action plan to finally settle the disputes by local truck drivers.

Some of the issues that were expected to form part of the plan to be announced on Monday included the enforcement of visas and work permits, as well as foreign driving licences.

Truck drivers have been blockading national roads to make their demands known to government and employers over their working conditions, employment of foreign nationals and issues relating to professional driving permits.

Here’s a summary of the demands by truck drivers: