Three witnesses testified on Thursday in the trial of a man facing multiple charges, including the murder of toddler Luke Tibbetts, at the High Court in Johannesburg, sitting in Palm Ridge. 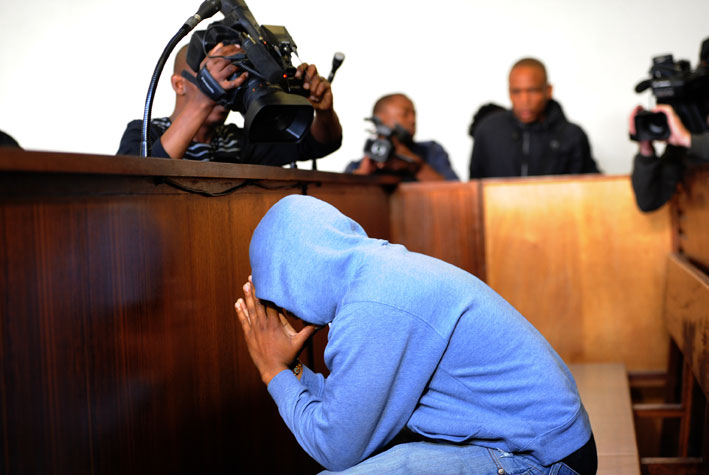 FILE PICTURE: Lindray Khakhu appears in the Newlands Magistrate's Court in Sophiatown on Tuesday, 12 August 2014 in connection with a shooting in Westbury that critically wounded Luke Tibbetts, a three-year-old boy who later died. Picture: Werner Beukes/SAPA

Former police officer Ronald Williams told the court that on the night of June 17, 2013, he heard gunshots around the corner from the G-Spot shebeen in Westbury, Johannesburg.Lindray Khakhu, 22, is charged with shooting Alton Mooi dead that night.Williams said he ran in the direction of the sounds and stopped when he saw a young man running past him with a gun in his hand. Williams told the court the gun looked like it had been discharged.

He was asked how he could see the firearm around 11pm at night.

“I could see it was a firearm. The lighting was good, I could see it,” he said in Afrikaans.Williams had been standing outside the shebeen minutes before the shooting.

Khakhu is on trial on 18 charges, including the murder of three-year-old Luke Tibbetts, attempted murder, pointing a firearm and illegal possession of a firearm. He has pleaded not guilty to all the charges.Tibbetts was shot in August last year while sitting on his mother’s lap in a car, when Khakhu allegedly shot at another car whose occupant, Keenan Mokwena, he was allegedly aiming at. Mokwena was wounded.

Two other witnesses, Yusuf Loonat and Shane Williams, who were friends with Mooi, also testified.The court heard that the man Ronald Williams had identified earlier as Papas (Khakhu’s nickname) that night was the same man Loonat had identified as the shooter.This was after Loonat was shown CCTV footage of a man believed to be Khakhu and his friend Keegan Prins leaving the shebeen and driving off in a red Volkswagen Golf.

Seconds later Mooi’s car drove in the same direction, followed by Loonat in his white Corsa bakkie. Loonat said after the Golf and Mooi’s Toyota RunX turned the corner, there was a collision.”I saw the RunX had collided with the right back door of the Golf. The passenger of the red Golf was standing behind the Golf firing into the RunX,” Loonat said.He recognised the shooter as a man he had seen enter the Golf minutes before in front of the shebeen, where all three cars had parked.

The only other occupant, besides Mooi, in the RunX was Shane Williams, Loonat said.He was the third witness to testify on Thursday.Shane Williams said Mooi and Prins had shouted and gestured at each other outside the shebeen, before both got into their cars.He said “Wat kyk jy?” and “Jou ma se poes” were some of the phrases exchanged.

“As were driving behind them two shots came from inside their car,” Shane Williams told the court.

He pointed at Khakhu in the court room as the man he had seen get into the Golf’s front passenger seat that night.He said he did not know him by name, but was shown a picture of him by someone shortly before submitting his statement to police.

Shane Williams would continue his testimony on Friday at 10am. 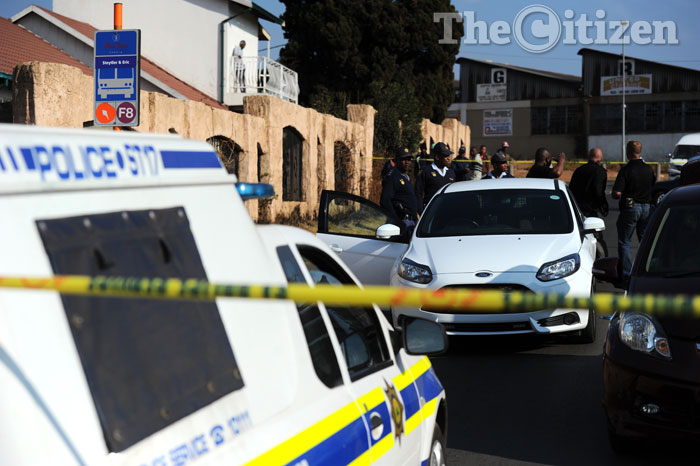 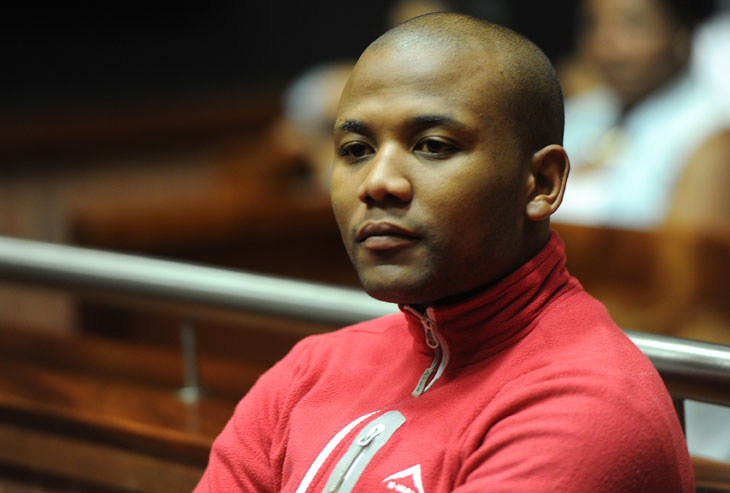