Education MEC Panyaza Lesufi on Wednesday dissolved the Roodepoort Primary's School Governing Body after finding that they had mismanaged funds entrusted to them. 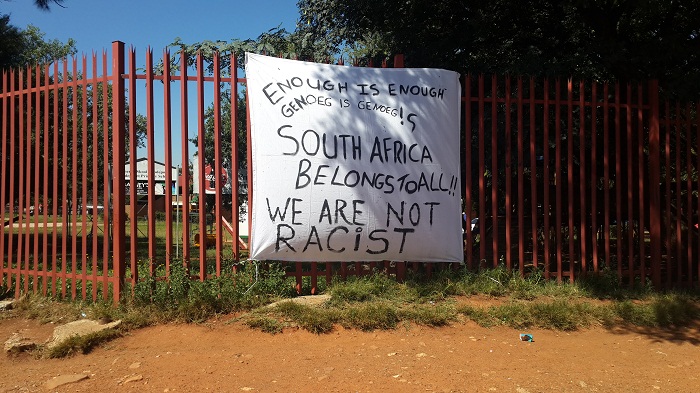 This is after the financial services firm KPMG, which was mandated by the department to investigate the mismanagement of funds found the school guilty. Parents and some of the community members held a protest against the running of the school, which they had branded ‘flawed’. Lesufi then met with both groups and agreed that an administrator would be appointed to oversee the running of the school.

During the gathering at the school, the firm’s associate director of forensic Patricia Gabriel took the complainant, the media and the SGB through the findings. In the report, Gabriel said the school mismanaged the institution’s petty cash, cheques and income’s expenditure.

The report also found that the school had not been “complying with the finance policy by the finance committee in that they had failed to meet regularly to ensure that there was a proper oversight in the management of financial affairs”.

Lesufi said however, due to the dysfunctional SGB, he had decided to dissolve it and “I give the school 21 days to elect the new committee”.

One of the SGB members and the chairperson of the movement at the school Laetitia Stuurman said the movement welcomes the report and the MEC’s decision to dissolve the SGB.

“This matter had been going on for too long, we just want our learners to continue learning without these disruptions.
“We are very glad that this long standing issue had been solved.”

Lesufi said he expects peace at the school.

Deadline for 2022 school applications in Gauteng looms
1 week ago
1 week ago
PREMIUM!

Salute to all the teachers, we see you, we thank you!
1 week ago
1 week ago
PREMIUM!

Deadline for 2022 school applications in Gauteng looms
1 week ago
1 week ago
PREMIUM!

Salute to all the teachers, we see you, we thank you!
1 week ago
1 week ago
PREMIUM!