The home of paralympian Oscar Pistorius’ prosecutor, Gerrie Nel, was cleared on Wednesday after a bomb scare was reported. 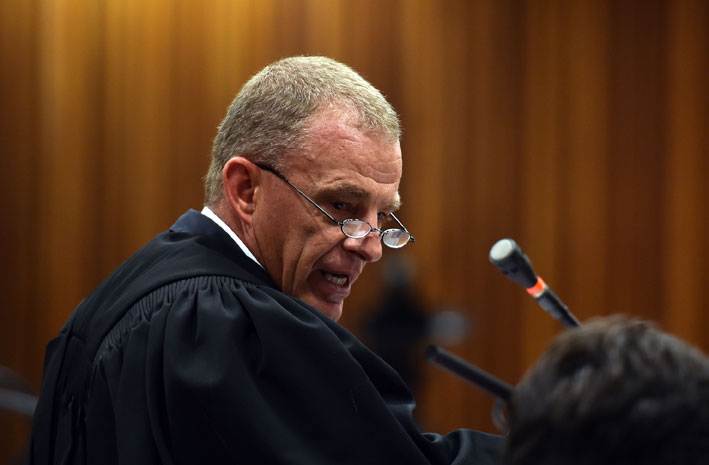 “I can confirm that there was a bomb scare at his home. Police are currently looking into the matter,” he said.

On Wednesday morning, the North Gauteng High Court also received threats of a bomb placed inside the court. Staff and the public were evacuated. Police spokesperson Lieutenant-Colonel Lungelo Dlamini said nothing was found.

“Police checked both the high court and Gerrie Nel’s home, and nothing was found,” Dlamini said.

During the North Gauteng High Court bomb scare, sources at the court said they believed a threat was sent to a staff member via email at 1am on Wednesday morning, but it was only discovered several hours later.

Cases had already commenced in criminal and civil trials, and the civil roll was being called when proceedings were interrupted.

Last month the Nelson Mandela Bridge and surrounding areas in the Braamfontein area of Johannesburg’s CBD were closed off following a bomb threat.

Johannesburg Metro Police spokesperson Wayne Minnaar said officers were notified of the threat and proceeded to the scene. The bridge was later cleared that same day.