Victim guns down robber in Pretoria

Police are investigating a case of murder after a security guard allegedly shot and killed his robber near Derderpoort, north of Pretoria. 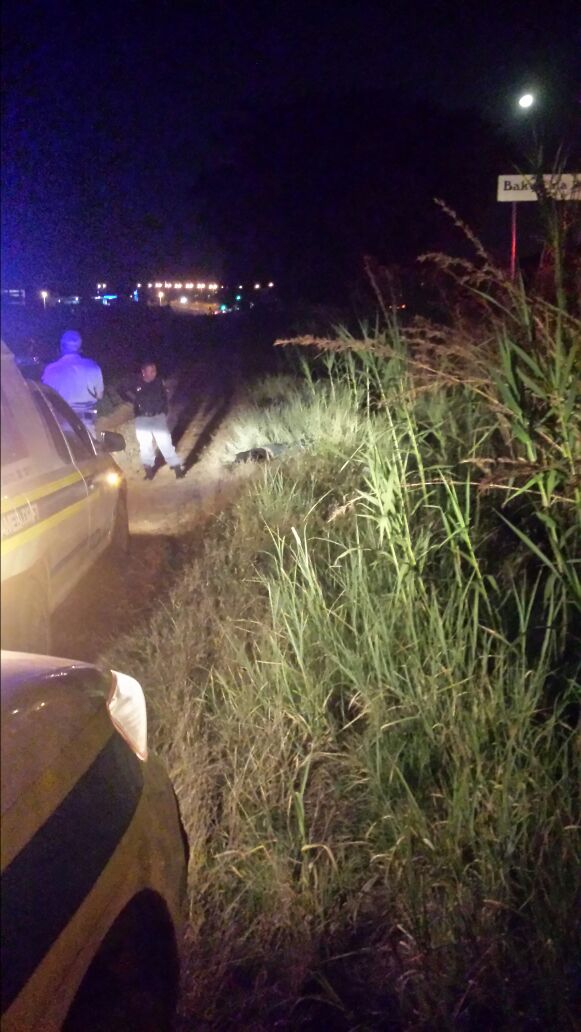 The scene after the shooting. Pic: Supplied

According to police spokesperson Captain Johannes Mahesho, the security guard was approached by the alleged robber and his two accomplices while on his way home from work at about 6.30pm on Thursday evening, Rekord North reported.

“As he was walking home, he was attacked by three men armed with knives. The guard pulled out his firearm and shot one of the robbers,” he said. Maheso said the robber died on the scene, and his accomplices fled. He added the guard was unharmed, and no one was arrested. “Nothing was taken from the guard. We are investigating a case of murder.”

In April, a case of armed robbery and another of murder were opened after a victim allegedly shot and killed a suspect during a robbery in Bezuidenhout Valley Park, Johannesburg.

It is believed four armed men allegedly approached five male friends who were socialising in Bezuidenhout Valley Park and held them up. The armed men searched the victims, but one refused to be searched. The victim who had refused to be searched pulled out a gun and shot the robber who was carrying the firearm. The other three suspects fled the scene.

In March, a would-be hijacker was shot dead during a confrontation after trying to steal a bakkie in Krugersdorp, in Gauteng. The suspect was reportedly fiddling with a bakkie parked at a house in the Mindalore area when he was confronted by an elderly resident.The suspect proceeded to shoot at the resident, inflicting wounds to his leg and side. The elderly man retaliated with gunfire. The suspect was shot and killed.