Pictures of police officers allegedly sleeping while on duty went viral on social media on Monday. 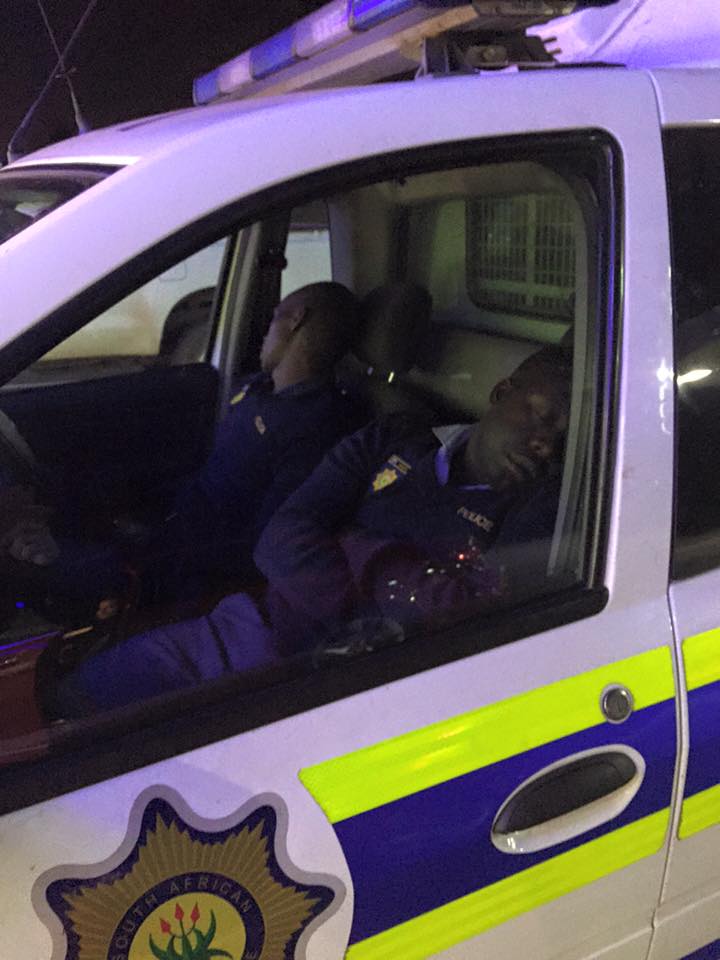 The men were parked outside a Pick n Pay Express shop at the BP petrol station in Eldoraigne, Centurion, south of Pretoria at around 04:00 on Sunday morning, Jooste said.

Crime Line head Yusuf Abramjee also shared the images on his Facebook and said: “I have asked the Gauteng police commissioner to urgently investigate this and take the necessary action. I have also alerted the [Wierdabrug] station commander.”

Provincial police spokesperson Lieutenant Colonel Lungelo Dlamini said the incident would be investigated. “Sleeping on duty is misconduct,” he said.

This after KwaZulu-Natal police launched a disciplinary investigation against one of their own, following the emergence of a video showing a police officer seemingly drunk.

Provincial spokesperson Colonel Jay Naicker said police were made aware of the short video clip through social media, which prompted the internal investigation.

“We view the conduct of the police officer in a very serious light,” Naicker said.

In the video, an exchange is seen between a motorist and the allegedly drunk uniformed police officer who is believed to have almost caused an accident.