A white rhino has died in the Rietvlei Nature Reserve in Pretoria, the Tshwane metro council said. “The rhino was on loan for breeding purposes from Pretoria’s National Zoological Gardens of South Africa.

“Supplementary feeding and extra attention were given for the last few weeks, but she did not make it,” he added.

It is alleged the rhino’s old age contributed to her death. She was estimated to be older than 27 years.

Mashigo said the animal’s horns were removed and handed over to zoo representatives.

In a separate incident, two black rhinos, a mother and her calf, were poisoned by poachers in southeastern Zimbabwe, it emerged in March.

The pair, known as Amai, “mother” in Zimbabwe’s Shona language, and Tamba, her female calf, were discovered at a waterhole near Chipinge, 400 kilometres from Harare, sources said.

Their bodies were found before poachers had the chance to remove what was left of their horns. Both are understood to have been already dehorned to try to deter poachers. 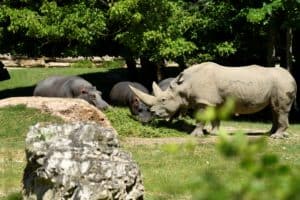 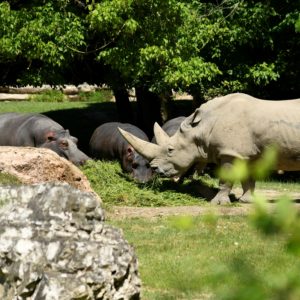