A photo showing a Tshwane metro police vehicle parked in a zone for disabled motorists circulated on social media over the past week. 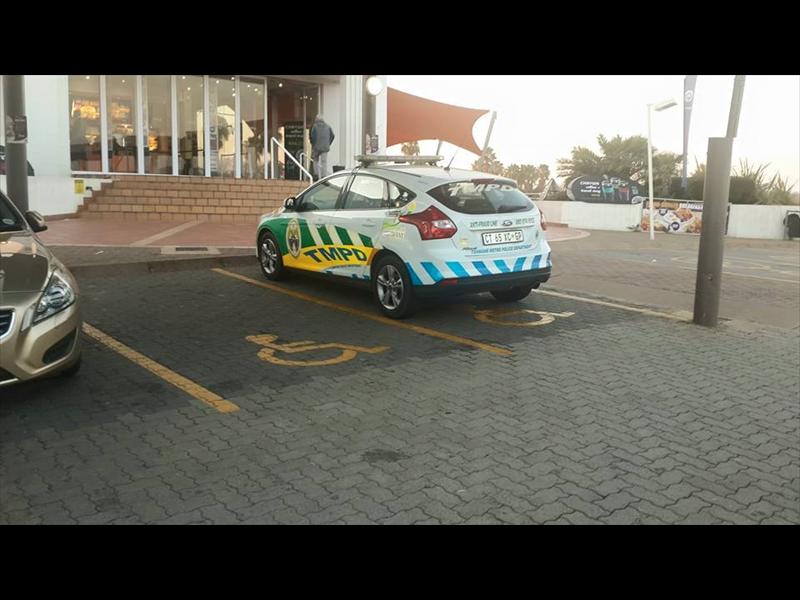 The metro police vehicle which was found parked in a bay designated for disabled motorists. Pic: Facebook/Roelof Diedericks

“We are giving it the necessary attention. No one is above the law, and we encourage our members to lead by example,” he said on Friday.

On Thursday, Roelof Diedericks shared the photo on the Facebook group, People Who Live in Centurion. According to Diedericks, the image was taken at a petrol station, but he did not confirm the exact location or date.

Mahamba said the driver of the vehicle has since been identified.

“The driver will be called and necessary steps will be taken against this member. The metro police are supposed to obey traffic laws like anyone else.”

Earlier this month, a car, seemingly belonging to the Gauteng Railway police, was used to transport groceries at the Bougainville Shopping Centre in Daspoort, Pretoria, earlier this month.

A resident, Elma du Plessis, allegedly saw the vehicle and asked its occupants what was going on.

“As soon as I spoke to them and asked why they were using an official vehicle to go shopping, the two people, a man and a woman, became verbally abusive,” she said.

Du Plessis took photos of the car and posted them on social media. The pictures soon went viral.

Police have launched an investigation after the emergence of images.