Supermarket giant Pick n Pay have launched a probe after the disturbing image of a chicken foot pierced through Pick n Pay boerewors made the rounds on social media this week. 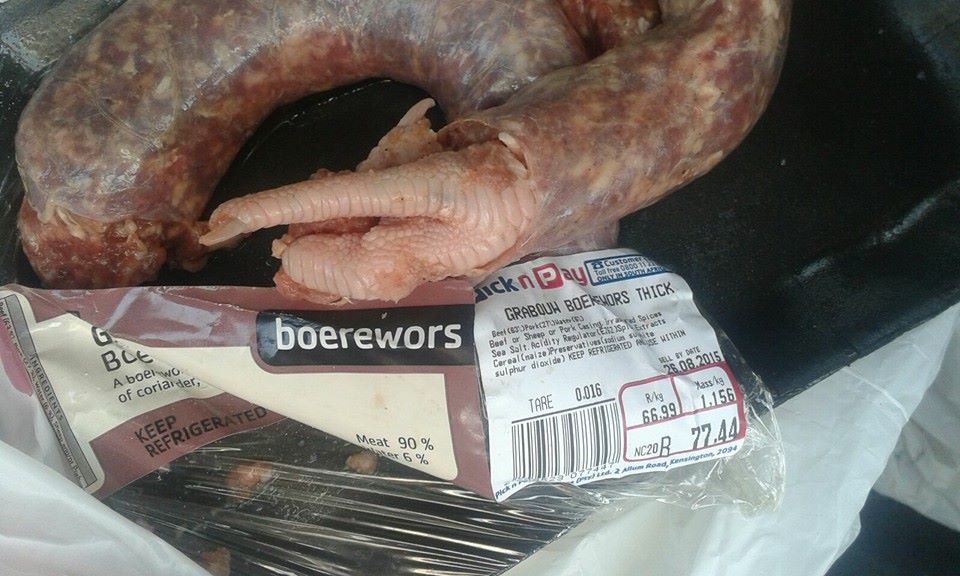 A customer apparently found a chicken foot in a boerewors package from Pick n Pay in Hillcrest. Pic: Priscilla Beukes/Facebook

“[We are] aware of the picture on Facebook, we have made contact with the customer, apologised and refunded her for the product,” Pick n Pay said in a statement.

Posted by Priscilla Beukes, the image was taken after she apparently bought the Grabouw boerewors from a store in Hillcrest, east of Pretoria, Rekord East reported.

“Never again will we buy meat stuff from there ever again. It’s most disgusting,” she captioned the image.

Beukes said the matter was reported to the store manager but she was still waiting for feedback.

The Pretoria resident’s discovery was not the first time a customer had found ‘something extra’ in meat products bought at a major supermarket chain.

Earlier this year, a woman claimed she found worms in the biltong she purchased at the Kwikspar in Danville, west of Pretoria. 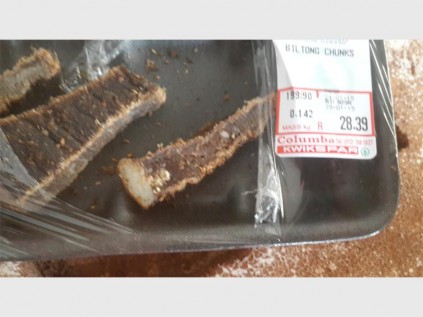 Worms on biltong bought by a customer at Kwikspar in Danville. Pic: Rekord Moot.

Daleen Swanepoel said she was eating the biltong when she discovered there were worms in the meat.

“I felt like throwing up when I saw the worms. I was very angry because I also gave it to my [four-year-old] grandson,” she said.

Swanepoel said she then went back to the Spar, where the manager allegedly offered to replace the biltong, but she refused.

Sassa SRD grant: You can now collect your R350 from PnP and Boxer. Here's how
4 weeks ago
4 weeks ago

Sassa SRD grant: You can now collect your R350 from PnP and Boxer. Here's how
4 weeks ago
4 weeks ago