He added seven of the cars were burnt while three were damaged.

“One man was slightly injured when petrol from one of the burning cars spilled over his feet. However, we managed to put out the fire at his feet. He was slightly burnt,” Jordaan said. 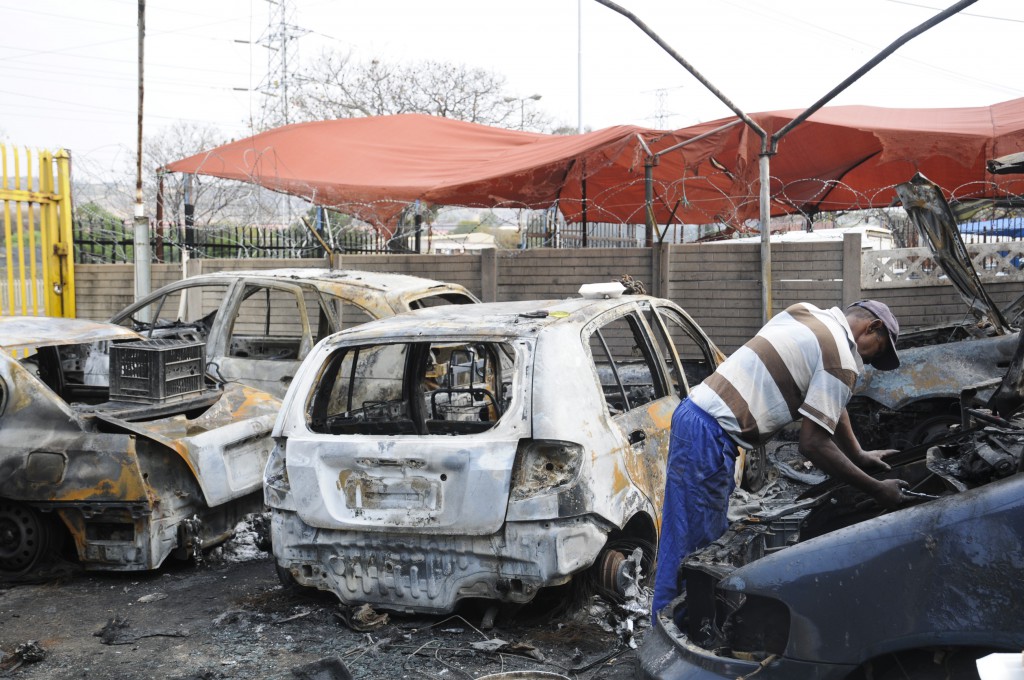 A man busy working at Jaycee Motors on 21 September 2015 in Pretoria West, a fire destroyed seven vehicles over the weekend. Picture: Christine Vermooten

In a separate incident, commuters driving down Jan Smuts Avenue in Johannesburg witnessed a peculiar scene as a taxi landed on top of another vehicle at a car dealership, in July.

“My big boss called me with the news that a taxi had ramped up and landed on to one of our vehicles [a Volkswagen Tieguan] at close to midnight,” Gouws said.
Security companies ADT, Chub and CSS Tactical responded to the accident after the branch’s night guard sounded the alarm.

According to Gouws, the suspect ran away, leaving the keys in the taxi and taking the back number plate with him.

The damage to the VW Tieguan is thought to be in the region of R240 000. No injuries were reported.