Will and should Afrikaans be reclaimed by its coloured speakers?

Stellenbosch University has said in a statement they will be changing their university’s language policy to make English the primary language, as Afrikaans has been the language of instruction throughout the institution’s history.

While Open Stellenbosch were contesting the dominance of Afrikaans at Stellenbosch, The Citizen inquired about who, among Afrikaans’s racially diverse speakers, has ownership and control of the language.

Historically, it has been acknowledged that coloured people were integral to the creation of creole language that mixed Dutch, Malay languages and African languages which came to be known as Afrikaans. Today, coloured people, together with black and Asian people, comprise the majority of the language’s mother-tongue speakers.

Afrikaaps, a 2012 documentary directed by SABC commissioning editor Dylan Valley, looks at the issue in depth, and features singer and poet Blaq Pearl, with the play, also titled Afrikaaps, as the background story.

“Afrikaans itself started as a creole form in the Cape between slaves, settlers and indigeous peoples before being ‘standardised’,” Valley said.

“It is a mixture of different cultures and languages. Words like baie and piesang have Indonesion origin. Words like eina are Khoisan.

“There is a stigma for coloured people around the way they speak, and yet it shouldn’t be that way. The ancestors of coloured people were amongst the first to create the new language, Afrikaans. This is why [Afrikaans] came about.”

Only about 40% of Afrikaans mother-tongue speakers in South Africa are white, yet the variety spoken by most white Afrikaans speakers, considered the standard, is used in used in institutions of law, education and commerce.

“There is definitely an elevation of ‘standard Afrikaans’ or ‘suiwer Afrikaans’ although these are just constructs … there is no ‘pure’ language,” Valley said.

“There is definitely a link between colouredness and Afrikaaps. Both the language and the people formation – I don’t think we can talk about a coloured “race” – comes from a result of slavery and creolised identity.”

In the Afrikaaps documentary, the crew visits Lavender Hill High School in Cape Town to speak to learners, who are mostly coloured and speak the Cape Afrikaans variety.

Another learner gave a possible job interview scenario where his Cape Afrikaans dialect potentially gives the impression that “he’s a gangster”, regardless of whether he has a degree or how intelligent he is, and is in effect kept out of the job market by linguistic prejudice.

After the school learner see the Afrikaaps play, which celebrates the dialect and its history, the learners are thrilled by the experience. The first learner says: “I won’t be shy to speak the way I do anymore. I won’t compromise on my language for other people.”

How the Afrikaans spoken by white people came to be considered the standard has been commonly argued to have been a construct of a nationalistic ideology of the 19th century and was firmly established by the early 20th century.

In Afrikaaps, Dr Neville Alexander, a political activist, speaks about how Afrikaans in the 19th Century was associated with servants and the lower classes, while Dutch was the language of aspiration.

“But from 1875, the Society of True Afrikaners wanted to spread the Bible and Christianity amongst other Afrikaans speakers, the so-called brown people. They began to standardise Afrikaans. All the words which had originated from Malay or Khoi or whatever, with a few exceptions, were left out of the lexicon,” he explains.

Afrikaans historicist Herman Giliomee, in the Rediscovering and Re-imagining the Afrikaners in a New South Africa lectures of 2004, stated that the creation of Afrikaner unity was achieved “on the back of coloured exclusion”.

The Citizen inquired into how the politics of language and exclusion are addressed in academic institutions and literary culture.

Professor Louise Viljoen of Stellenbosch Afrikaans and Nederlands Department said they did include writers of colour in their curriculum and regularly researched their work.

She specially named the works of Adam Small, the iconic writer whose output stretches from the late 50s into the 80s, and other writers such SV Peterson, EKM Dido and younger ones such as Ronelda Kamfer. 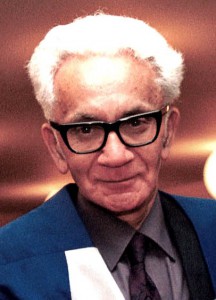 She said: “I think most academic departments do their best to be more culturally inclusive, and perhaps they could be a bit more so.”

When asked if literature written in Cape Afrikaans was still marginalised, she mentioned that it had been a visible feature in the field for a long since Adam Smalls made a breakthrough with his use of it.

Heins Willemse of the University of Pretoria’s Afrikaans Department said: “There are people that are always faithful to that canon, regardless of the language you work in, and Afrikaans was no exception.”

He said there is a broader series of production in Afrikaans, and that diversity had to be cultivated. “It is important for that literature and language.”

“People who do not write in the way of the canon will have a hard time fitting it. It is true that black Afrikaans writer have a different way of looking at literature,” Willemse said. “That way it is difficult to be absorbed into the canon.”

He added it was nonsense that Cape Afrikaans was inferior or could not be taken seriously, particularly in the creation of literary work.

Alana Bailey of AfriForum told The Citizen: “Afrikaans, like any modern language, is the language of many speakers and communities and we should all embrace and claim and build it. It was, after a created by people from three different continents. Every community brings its own knowledge systems and expressions and culture to it, and adds to the layers and richness of Afrikaans. It is not the exclusive property of any community or race.”

“It is necessary to have a standardised version for general use, like for administrative, academic and official purposes, but dialects should also be recognised and used in other spheres,” she said.

When asked about the feelings of exclusion speakers of the “non-standard” variety have, Bailey said: “I have spoken to a lot of kids who speak one variety of Afrikaans at home and another at school. This confuses them – is there a “wrong” and a “right” Afrikaans, they ask? They should be aware of appreciation for their dialects.

“Fortunately there are more and more inspiring authors and musicians who act as role-models for them. In this regard Adam Smalls and Taliep Petersen are legends, but there are many younger artists following in their footsteps.”