Is Nompendulo the face of Fees Must Fall?

Some say Shaeera Kalla should be on the cover of Destiny Magazine.

On Sunday, Destiny Magazine shared it’s cover page for the December issue, with Wits SRC president Nompendulo Mkatshwa on the cover. Mkatshwa was at the forefront of the Fees Must Fall protests along with former Wits SRC president Shaeera Kalla and Mcebo Dlamini. However, most all universities in the country joined in the protests. There were many representatives from different universities and political parties such as the EFF and DA.

The Fees Must Fall protest saw President Jacob Zuma announcing that there would be no fee increase for the 2016 academic year.

Now, Destiny Magazine has used Mkatshwa as the face of the Fees Must Fall protest, this did not sit well with the Twitterverse. Some however, complimented the magazine for acknowledging the struggle and Mkatshwa’s contribution to the protest.

Most of the Twitter users were unhappy with the magazine for “putting a face” to the protests, saying singling out only one person means “the others did not contribute” to the success of the protest.

Some went on to say Kalla should have been on the cover because “she was the one who was leading Mkatshwa”.

While some criticised the cover for using Mkatshwa with the ANC scarf, Destiny Magazine went on Twitter to defend the decision, saying the magazine did ask her to wear a more “neutral” scarf, to which she refused.

#DecemberCoverReveal Wits #FeesMustFall Mbokodo Nompendulo Mkatshwa is on the cover of DESTINY – on sale Monday! pic.twitter.com/TT6aAwAbfY

Hi all, at Ndalo Media we write about issues that concern all South Africans across all political spectrums.

This is why the Nov issue of @Destiny_Man had DA leader Mmusi Maimane.

3. In the Dec issue, we have Wits SRC leader Nompendulo Mkatshwa & we'll continue to feature all leaders regardless of political affiliation

4. Although Nompendulo is affiliated to the ANC, the story is about free education, misogyny & political change

5. The story also recognises she's a leader in a national student movement that involved people from various political parties

6. In terms of the ANC scarf, we did request she go with a more neutral one

7. But Nompendulo felt it was part of her image and how she had been captured throughout the #FeesMustFall protests – we agreed with that

8. As a publication, we recognise that we'll sometimes get agreement on our cover stars, and sometimes we won't.

9. But we'll always portray a wide spectrum of beliefs. We look forward to further engagement after you have read the article. Thanks.

By the Shaeera was president when all this was happening, but destiny mag overlooked her… Destiny mag is out of touch with the ground

But then again, let's be kind to Destiny mag. It can't be cheap running a magazine. At some point u have to try tabloid journalism 4sales.

In a nutshell, Nompendulo cannot & should not be the face of #FeesMustFall but I will buy Destiny mag to question this narrative further.

We all know there were thousands if not hundreds of thousands students behind the #FeesMustFall movement but Destiny Mag chose her- deal.

Destiny mag has plenty of reason to stand by their editorial decision on Nompendulo cover. It's perfect as it is, let it go

I think you guys are making fair comments on the Destiny Mag cover. ????

Share your thoughts, is Destiny Magazine right in using Nompendulo Mkatshwa on their cover page? 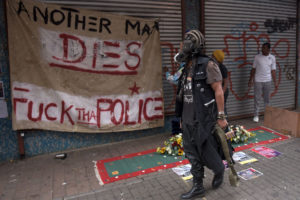 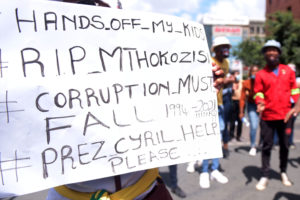