ICYMI: That time Ramaphosa said he was ‘not born in Limpopo’

At the time of the announcement, Ramaphosa was said to have 'dug his own political grave', according to a regional leader. 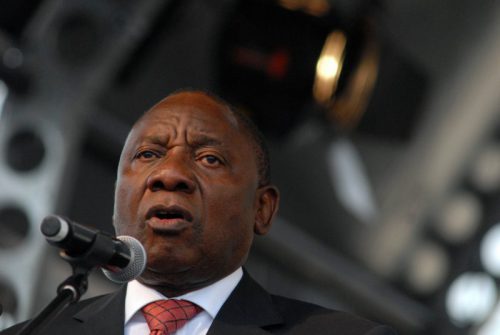 ANC President Cyril Ramaphosa stumped the ANC in Limpopo after his controversial public announcement that he was not born in Limpopo, but in Gauteng last year.

The surprise announcement was made at the Ranch Hotel outside Polokwane during the ANC’s 104th provincial anniversary celebrations.

“I was born and bred in Chiawelo, Soweto,” said Ramaphosa to a baffled, full-to-capacity hall. The gala dinner was attended by ANC provincial bigwigs, regional leaders and business people.

“This is the greatest political blunder,” said one regional leader after the event.

“Ramaphosa has dug his political grave. We all supported him to take over as leader of the party because we thought he was a son of the soil. When we joined the ANC, we were told he was born in Madombidzha village, outside Makhado. But now we are taken aback by his announcement that he is not one of our own.”

However, Ramaphosa shortly thereafter made amends, saying Limpopo would always be in his heart.

Yesterday, ANC spokesperson Keith Khoza tried to downplay Ramaphosa’s statement, saying: “Yes, he was born and bred in Gauteng, but his parents come from Limpopo. That does not mean he has duped the people of Limpopo,” he said.

This article has been republished