The charges were laid against Mketeni by a 35-year-old woman employed at Shalati Lodge in Skukuza in the Kruger National Park. 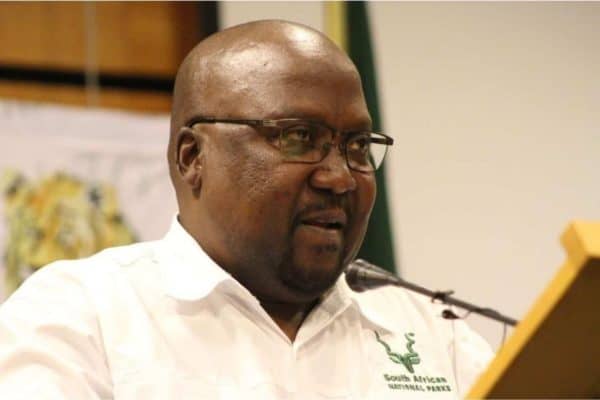 The CEO of the South African National Parks (SANParks), Fundisile Mketeni, was on Monday found not guilty of assault with the intent to do grievous bodily harm by the Bushbuckridge Magistrate’s Court.

The judgment was confirmed by Mketeni’s legal team to The Citizen.

Mketeni was first accused of the charges in May, and made his first court appearance in the same month along with three other individuals accused of similar charges.

The sexual assault charges levelled against Mketeni were withdrawn in July due to inconsistencies and a lack of evidence, his legal team said.

He had been on voluntary special leave following the assault and sexual assault complaints. He was appointed CEO of SANParks in 2014.

The charges were laid against Mketeni by a 35-year-old woman employed at Shalati Lodge in Skukuza in the Kruger National Park.

In June, he expressed “disappointment” at the allegations, with his legal team accusing the woman who laid the charges of blackmailing high-profile individuals “in exchange for financial rewards”.

City Press reported in May that the woman who accused Mketeni of sexual assault feared for her life and was afraid to return to work.

MacBeth Attorneys confirmed to The Citizen that Mketeni was “ready to head back to work” after his voluntary special leave.

His family has been left “traumatised” after the allegations, Advocate Adriana Bevilacqua said, adding that “staff morale was affected”.

He thanked his wife and children for supporting him throughout this time.

One of Mketeni’s legal representatives from MacBeth Attorneys, Mandla MacBeth Ncongwane, told The Citizen in detail last month of the alleged plot to blackmail the SANParks CEO.

It was alleged that Mketeni was at the Shalati Hotel in the Kruger Park for work-related matters when the woman who laid the sexual assault charges began “harassing” him. She was reportedly in a drunken state.

As he was leaving the hotel to go to his guest house, people reportedly began verbally attacking him, saying he was the reason a doctor at the Skukuza rest camp was “removed”.

When Mketeni got to his guest house, his legal representative explained the woman who laid the charges against him was also there, still drunk and now barefoot. Ncongwane said Mketeni offered the woman a pair of flip flops and a jacket, and went to bed.

She then allegedly came to his room with wine. Mketeni then pushed the woman out of his room. The woman then disappeared, while allegedly trying to jump across an electric fence. She was said to have fallen on her head and injured her left shoulder.

A manager from Shalati Lodge was called to fetch her and was told Mketeni had assaulted her.

When the woman was taken to a doctor, no injuries were noted to acquire a J88 – a legal document completed by a medical doctor or nurse documenting any injuries sustained.

She was also allegedly not transported to the doctor with a police officer present, and Ncongwane said no calls to police were made, nor was any right of reply received.