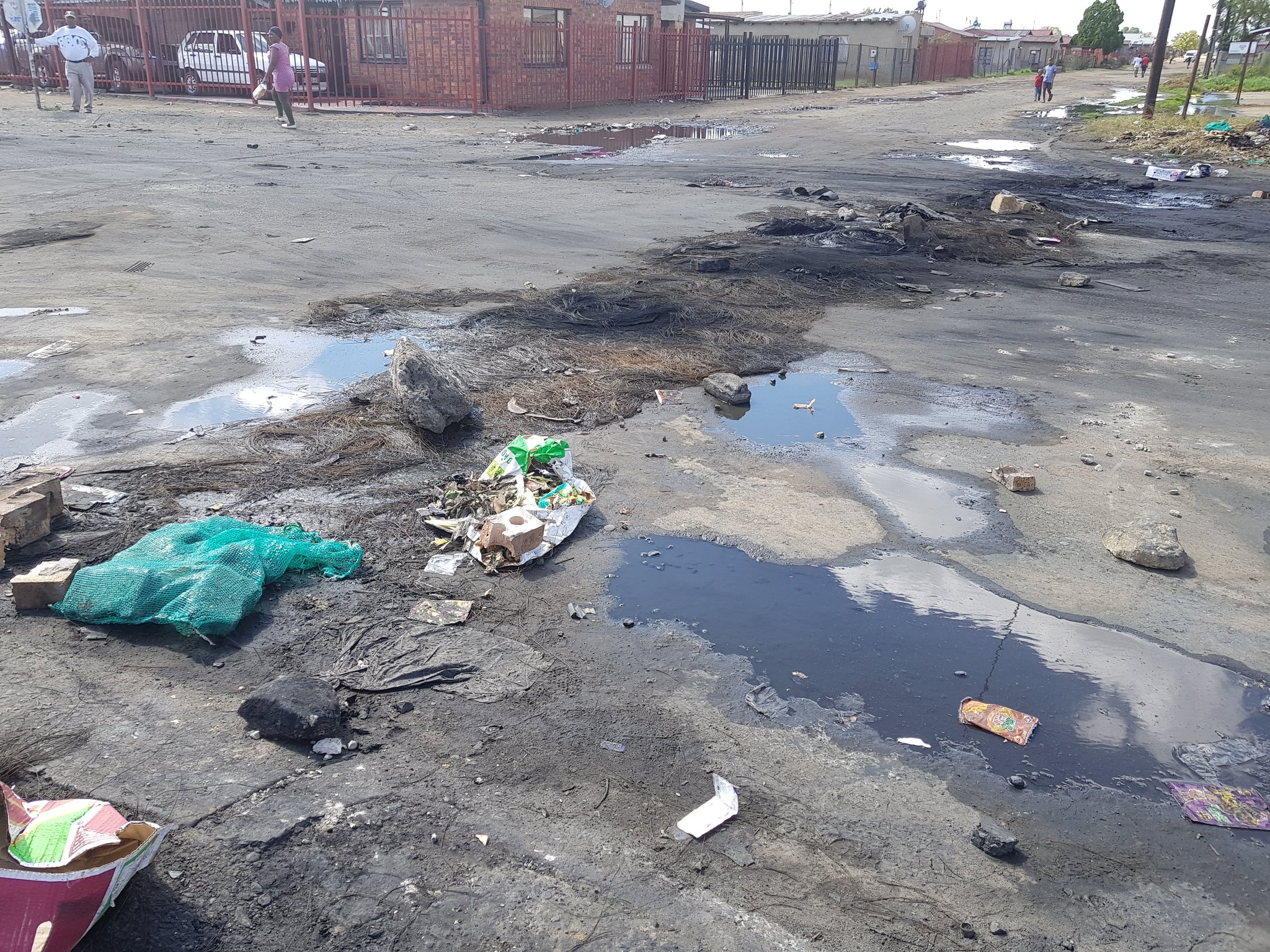 Phomolong Shopping Centre in Kroonstad where residents barricaded the roads with rubble and burnt down the Post Office. Picture: Twitter (@Our_DA)

Five suspects – a woman and four men aged between 16 to 28 – will appear in Lindley Magistrate Court on Tuesday after they were arrested for throwing stones at vehicles along the R76 in the Free State.

Narrating events leading to the arrests of the suspects, Captain Stephen Thakeng said on Monday morning about 300 Matloangtloang residents gathered and started singing “freedom songs”. He said some of them began throwing stones at passing cars along the R76 road.

“Residents continue to throw stones to cars passing in the R 76 road,” said the police captain.

“Police officers houses and security officers and other residents houses were stoned and there was an attempt to burn a Disability Centre.”

The road in Steynsrus/ Senekal well as the road in Motloangtloang towards Steynsrus were also barricaded with stones, road signs and burning tyres.

“Stone throwing is still continuing but members of Public Order Policing are there to stop these residents from throwing passing vehicles with stones,” said Thakeng.

No trace of contractor who scored R6.4 million to build half a stadium
4 weeks ago
4 weeks ago

No trace of contractor who scored R6.4 million to build half a stadium
4 weeks ago
4 weeks ago