The Mpumalanga High Court ruled in the party’s favour in a legal bid that threatened the validity of the leadership elected at the 2017 Nasrec conference. 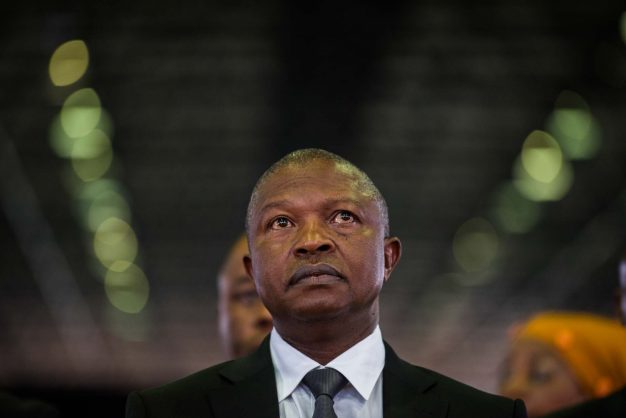 The ANC dodged a bullet yesterday, when the high court in Mbombela dismissed a potentially devastating legal bid to have the party’s Mpumalanga provincial executive declared invalid, as it was allegedly the product of irregular processes.

Had it succeeded, the entire Nasrec conference in December 2017, where Cyril Ramaphosa was elected party president, would have run the risk of being nullified, meaning Ramaphosa’s presidency would have also hung in the balance.

Disgruntled members hauled the party’s provincial executive committee (PEC) to the Mpumalanga High Court in October last year, alleging it was created through a bogus progress, during which David Mabuza, the current deputy president, was elected for a third term as the party’s chairperson in 2015.

The members also argued that a national executive committee (NEC) 2015 resolution to bring the two regions of Bohlabela and Ehlanzeni into one, in line with government demarcation, was not followed.

Had it succeeded, the legal bid would have been disastrous for the party, as it would have meant that the Mpumalanga delegates who voted in the 54th ANC leadership at Nasrec in December 2017 were illegitimate.

Mabuza and his followers’ votes were instrumental in ensuring Ramaphosa beat Nkosazana Dlamini-Zuma to the position of ANC president.

Nyoni, who is also in the running to replace Mabuza as the party’s provincial chairperson, said they were waiting for the full judgment to decide on their next course of action.

“The court was just one of many terrains or platforms from which we can raise these issues. There is nothing wrong with the ANC but everything is wrong with the current leadership, the breaching of the party’s constitution,” he said.

“We do not understand this reasoning so we will await the full judgment. But, on the issue of regions, the transgression is still there. Whether this happened three years ago is immaterial. If you are in possession of stolen property, it does not matter when you stole the property.”

However, the disgruntled members said this fight was far from over and they would now use other platforms and avenues, including the party’s internal processes, to raise these issues.

The party’s spokesperson, Sasekani Manzini, said they had been vindicated because they maintained there was no wrongdoing in the formation of the PEC and said they would have accepted any outcome from the court.

She said those who took the party to court should accept the outcome and not appeal.

“We are not scared to go to court. We have always been saying we are ready to go to court to defend the ANC. The ANC is not about us as individuals,” Manzini told supporters outside court.

She urged members from both dominant factions to put their differences aside and focus on winning the elections.