The court heard that such a sports car has a higher likelihood of aquaplaning. 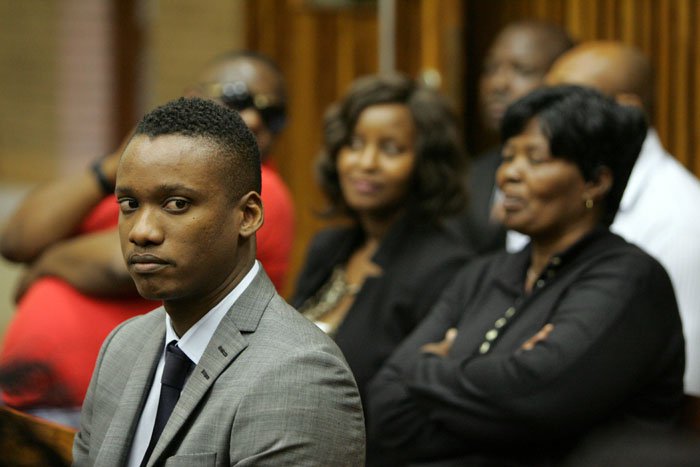 Lotter tabled how Duduzane’s Porsche had lost control and collided with the taxi, which also lost control, to hit a barrier on its left.

He believed Duduzane and the taxi were travelling at the same speed, as both vehicles appeared to have stopped in the same area.

If Duduzane was driving at a much higher speed, his vehicle would have passed the minibus, he said. There was no way anyone could have been able to regain control of the vehicle after it aquaplaned, the court heard.

Lotter further explained that aquaplaning could occur at a minimum speed of 60km/h and wide tires and a light vehicle had a higher probability to aquaplane.

He advised against driving in cruise control in the rain as, when a vehicle hit a pool of water, it would be forced to slow down, but the car’s engine would still send a surge of power, which could cause the motorist to lose control.

State prosecutor Yusuf Baba questioned Lotter on the number of times he had testified on aquaplaning. Lotter said three.

He continued to probe Lotter’s expertise in an effort to discredit the accident report expert.

The court will take a short recess as Duduzane’s defence considers bringing another witness to the stand.