Judge Salie-Hlophe is the same judge who convicted him of the murder of his wife and of staging her suicide. 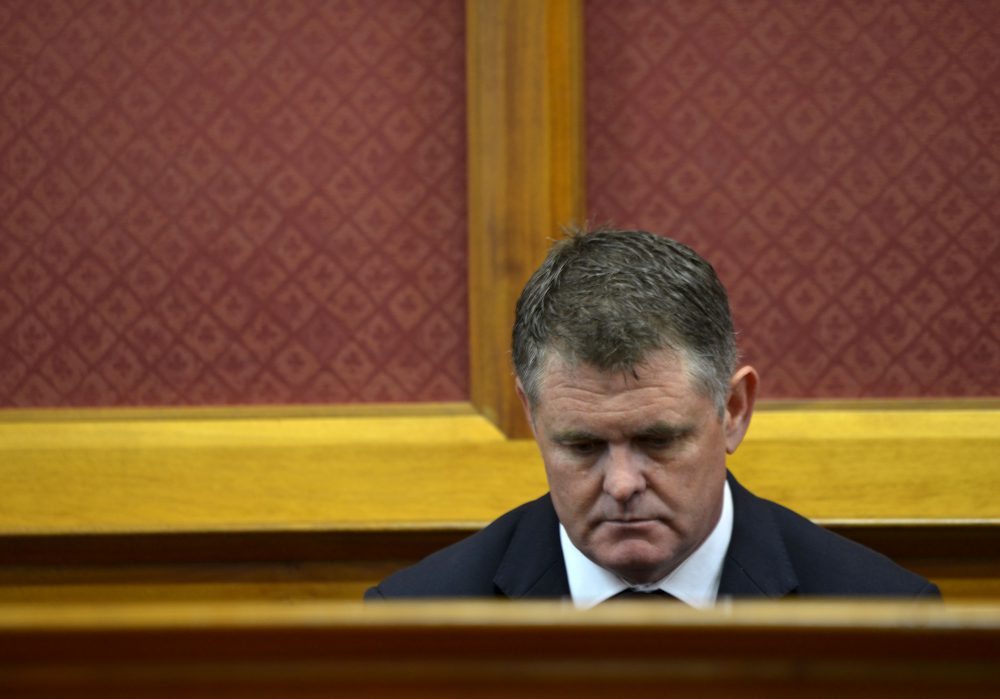 The Western Cape High Court has reserved judgment in an application which convicted wife-killer Jason Rohde lodged for his release on bail, pending the outcome of his appeal in the Supreme Court of Appeal (SCA).

Judge Gayaat Salie-Hlophe thanked both parties for their submissions in the application and said she would need time to consider their arguments before delivering judgment next Thursday.

Salie-Hlophe is the same judge who convicted Rohde of the murder of his wife Susan and of staging her suicide at the Spier Hotel in Stellenbosch three years ago.

In February, he was sentenced to 18 years for the murder and five years for staging the suicide of which three years were ordered to be served concurrently with the sentence for the murder.

He applied for leave to appeal but Salie-Hlophe turned down his request in April, saying the defence rehashed arguments made during Rohde’s trial and sentencing.

He petitioned the SCA and last month secured leave to appeal to that court.

A date has not yet been set for the hearing.

In the bail application, advocate William King SC, standing in for an ill defence advocate, Graham van der Spuy, argued that Rohde would suffer severe prejudice if he was kept in prison.

He said the state had indicated that the matter was likely to be heard in the first or second term of next year.

“He would have served over a year and a half of his sentence which, if acquitted, he can’t recover,” King argued.

“[He is saying] I and my family would have lost our business which is our support basis, our way of going forward with life. We will not be able to go forward with life… The financial consequences would be dire.”

He said Rohde had also revealed the unbearable conditions he faced in prison, such as being alone in a single cell for 23 hours a day.

Salie-Hlophe said she was concerned when she read Rohde’s papers, and if this was indeed the case, it was wrong and should be brought to the attention of the department of correctional services and the judicial inspectorate.

Prosecutor Louis van Niekerk argued that there were no new facts before the court and the SCA did not yet have access to the full record.

He said it would not be in the interests of justice to release Rohde on bail.

Salie-Hlophe found Rohde guilty in November last year, saying he had “staged her death as a play” and roped in various “actors” and “extras” to fabricate a story that she had killed herself.

Rohde has, however, maintained his innocence, claiming his extramarital affair had driven his wife to take her own life.