Myeni fails to show up for court – Outa

The chairperson failed to appear for court on Tuesday, the second day in a row. 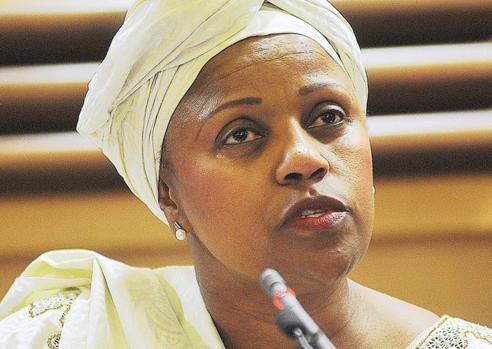 Former SA Airways chairperson Dudu Myeni has again failed to appear in the High Court in Pretoria on Tuesday for a case brought against her by the Organisation Undoing Tax Abuse (Outa).

The case has been postponed to Thursday. Myeni, who also failed to appear in court on Monday, has stated that she would contest the case.

Both Outa and the SAA Pilots Association are trying to have the controversial Myeni, a close friend of former president Jacob Zuma, declared a delinquent director for her conduct.

Outa said in a statement on Monday that Myeni “called Outa’s legal team this morning to say she can’t afford to get to Pretoria for the case against her” despite the fact that Myeni had known about the date since February last year.

They said they were ready at the court “for the long-awaited start to the delinquent director case against Myeni, but she didn’t arrive”.

Instead, she called in with her excuse, they said, which they had to pass on to the court on her behalf since her lawyer was not even present.

Today’s trial date had already been set in February 2018, they pointed out.

Judge Ronel Tolmay rolled the case over until Tuesday, to give Myeni a last chance to appear.

“Outa was here in full force to listen to the matter,” said advocate Stefanie Fick, Outa’s chief legal officer, after the hearing was rolled over.

The application was launched on March 7, 2017, by Outa and SAAPA against Myeni.

Myeni served on the SAA board from 2012 to 2017, with the finances of the state-owned company reaching perilous levels.

“This is believed to be the first application for delinquency against a director of a state-owned enterprise. Such a declaration would block her from holding any positions as a director,” added Outa, which believes that such action is crucial to restoring accountability in SOEs.