Former minister of justice Michael Masutha decided on May 21 this year to have Chang extradited to Mozambique - not the US. 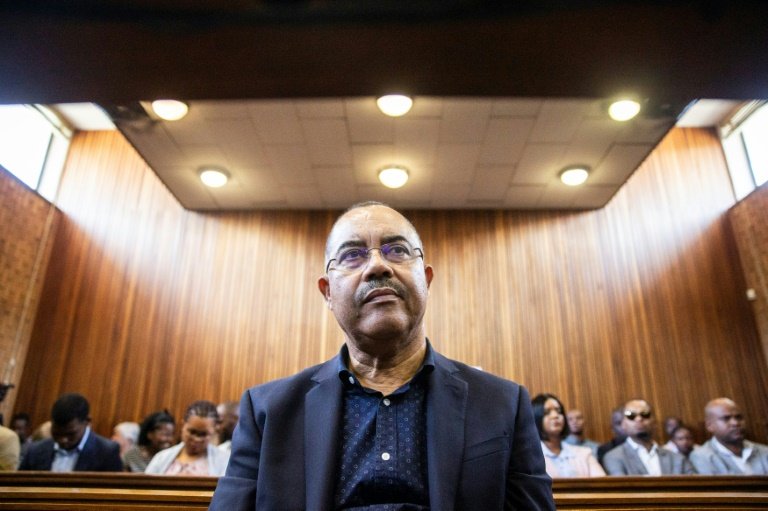 NGOs have failed to show that South Africa was obliged to ensure that an extradited person would be effectively prosecuted by a requesting State, lawyers for former Mozambican finance minister Manuel Chang have argued.

“[Mozambican NGO the Forum de Monitoria do Orçamento] and the [Helen Suzman Foundation] have identified no provision in any of the cited treaties or conventions to the effect that there is an obligation upon the requested state to ensure that the extradited person will be effectively prosecuted by the requesting state, because they cannot,” advocate Jeremy Raizon argued in the Gauteng High Court in Johannesburg on Thursday.

“The duty on states mutually to co-operate cannot and does not amount to a duty to ensure the effective prosecution of an extraditee,” he added.

Raizon was arguing in the Gauteng High Court in Johannesburg on Thursday in Chang’s application to compel the Justice Minister Ronald Lamola to give effect to a May 2019 decision, in terms of Section 11 of the Extradition Act, to extradite and surrender Chang to Mozambique.

Advocate Anton Katz SC, on behalf of the Forum de Monitoria do Orçamento (FMO) told the court on Wednesday that the “decision by the magistrate to commit Chang, in terms of Section 10(1) of the Extradition Act, to imprisonment pending the minister’s decision to surrender Chang in respect of the extradition request by Mozambique, [should] be declared to be inconsistent with the Constitution of the Republic of South Africa, invalid and should be set aside”.

Advocate Max Du Plessis, on behalf of the foundation, earlier argued that SA was constitutionally obliged to ensure the effective prosecution of corruption even if the offence occurred outside of its borders, News24 previously reported.

But Chang’s lawyers submitted that an obligation of this nature “would be impossible to enforce”.

Raizon stated that even if the obligation existed, former minister of Justice Michael Masutha complied with it in deciding to extradite Chang to Mozambique.

“We submit that if regard is had to a conspectus of the enquiries made by the minister’s officials which preceded his decision, that the previous minister complied fully with the requirements of the Extradition Act, the treaties and the Constitution,” he said.

Masutha decided on May 21 to have Chang extradited to Mozambique – not the US.

At the time, the former Mozambique finance minister faced extradition requests from both countries but enjoyed automatic immunity as a lawmaker – until it was lifted in January, according to News24.

Masutha’s decision followed the Kempton Park Magistrate’s Court’s ruling on April 8 that Chang should be extradited to the US on fraud-related charges.

Chang is wanted by the US in connection with allegations of conspiracy to commit fraud and taking millions of dollars in bribes in a $2bn loan scandal, News24 previously reported.

He was arrested at OR Tambo International Airport on December 29 while on his way to Dubai last year on a US warrant.