The former president's bid for leave to appeal the court judgment was dismissed on Thursday. 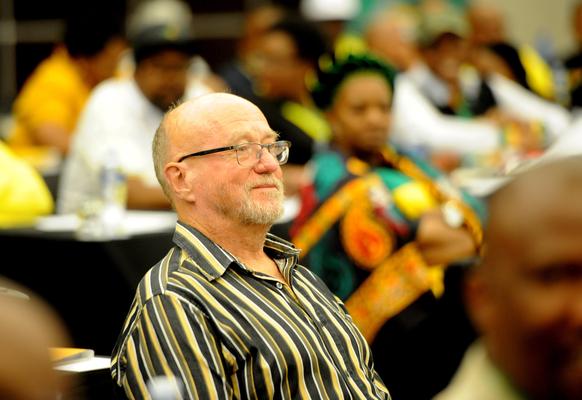 Former tourism minister and ANC stalwart Derek Hanekom has welcomed the ruling of Judge Dhaya Pillay against former president Jacob Zuma’s leave to appeal her ruling that his statement – that Hanekom was a “known enemy agent” – was defamatory.

Zuma’s bid for leave to appeal the court judgment was dismissed on Thursday.

Judge Pillay said in the KwaZulu-Natal High Court in Pietermaritzburg: “In the opinion of this court an appeal of judgment would have no reasonable prospects of success before another court.”

The application was dismissed with costs.

Judge Pillay said that, at its core, the case was about determining the interpretation of Zuma’s tweet.

The tweet, posted on July 25, read: “I am not surprised by @Julius_S_Malema’s revelations about @Derek_Hanekom. This is part of the plan I referred to at the Zondo Commission. @Derek_Hanekom is a well-known agent of the enemy.”

Zuma’s tweet came after it was revealed that Hanekom had met with the EFF leadership to discuss a motion of no confidence in Zuma.

“All other grounds of appeal are peripheral to this central question. Mr Zuma accepts that the tweet is open to several interpretations. If it was unambiguous, the parties would not have sought the court’s opinion.”

On September 6, Judge Pillay found that the tweet was “false and defamatory” and ordered that it be removed within 24 hours.

Zuma was also ordered to publish on his Twitter account, within 24 hours, the following apology: “On 25 July 2019, I published a tweet which alleges that Derek Hanekom is a known enemy agent. I unconditionally withdraw this allegation and apologise for making it as if it is false.”

By Friday morning, however, the tweet had still not been removed nor an apology issued.

Hanekom said that, in the course of the main application, and again in the argument for leave to appeal, Zuma conceded that he did not “regard me as an apartheid spy” nor question Hanekom’s “struggle credentials”.

“I sincerely hope that this matter – which has caused so much unnecessary division and pain – can finally be laid to rest,” Hanekom said.

It was not clear when – and whether – Zuma would remove the tweet.

Hanekom also claimed R500,000 in damages, but an oral hearing has yet to take place to determine the amount of damages.

Zuma’s spokesperson Vukile Mathabela could not be reached for comment on Friday morning.

Medical-record leak not an 'actionable violation' of Zuma's rights, says court
20 hours ago
20 hours ago

Medical-record leak not an 'actionable violation' of Zuma's rights, says court
20 hours ago
20 hours ago