The fraud case involving high-ranking cops, including former national police commissioner Khomotso Phahlane, will see further delays after the matter was postponed to next year.

State prosecutor Richard Chabalala informed the Johannesburg Commercial Crime Court sitting in the Palm Ridge Magistrate’s Court on Thursday that further investigations were still to be done and that a forensic report still needed to be obtained to assist the investigations.

Phahlane is accused number 7 in the matter.

The top cops are charged with fraud and forgery stemming from a 2016 tender of R86m awarded to Instrumentation Traffic Law Enforcement, owned by millionaire Vimpie Manthatha.

During proceedings on Thursday, Chabalala said that, following a search and seizure at the home of  accused 1 in July by the Investigative Directorate (IPID), new evidence in the matter had come to light.

Chabalala said the company compiling the forensic report was made aware of the search and the new evidence. He added that it was then in the interest of justice that the matter be postponed to allow the State to receive a complete report which would include all the information, including that which was retrieved during the searches.

Chabalala added that investigations had also revealed that the financial affairs of some of the accused and their close family members were very intricate, to the extent that the State needed time to have a lifestyle audit of their financial affairs.

The case was previously postponed in March to allow the State to conduct further investigations.

Attorney Kineil Muthray, arguing for Mokwena and Ramanjalum, said the delays had prejudiced the accused.

He said that, after the State had requested a postponement of nine months for investigations, they were still sitting at the same position.

“We are sitting with this matter on the roll for an entire year and the State is not the position to tell us where the investigations are, and they are saying they need more time because, according to them, it’s in the interests of justice. One needs to then weigh what is the interests and prejudice to the accused,” Muthray submitted.

Phahlane’s attorney Piet Du Plessis argued that he was “baffled” by the State’s postponement application.

He added that it was also not fair that the matter of Manthatha and his company had been provisionally withdrawn, as some investigations were being concluded, but not that of the other accused.

“There is no basis from the State as to why they should get a further opportunity for more investigations, after a year.”

Nemavhidi dismissed the defence’s arguments opposing postponement, saying the State’s reasons for the request were reasonable and not in violation of the constitutional rights of the accused.

“Having listened to arguments and reasons advanced for the request for postponement, I find no iota of evidence which suggests that there is a deliberate conduct by the prosecution to delay this matter. The court orders that the postponement be granted,” Nemavhidi ordered.

The matter will sit again on March 17 next year. 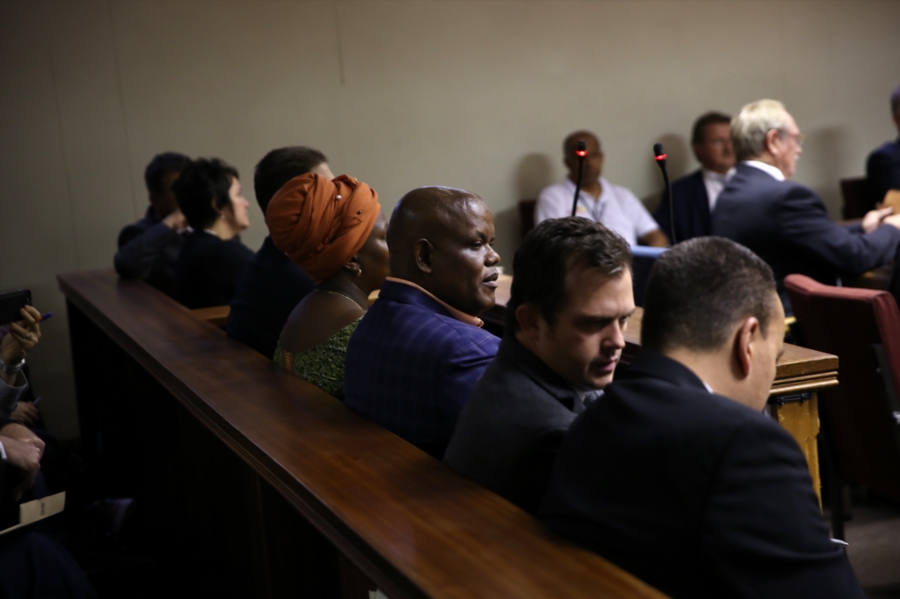