Andrew Chauke's complaint related to a 11 October broadcast of The Fix. 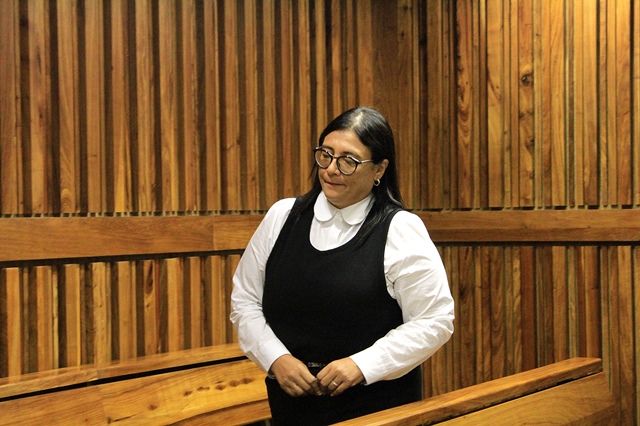 Johannesburg prosecuting boss Andrew Chauke’s complaint against eNCA journalist Karima Brown has been dismissed by the Broadcasting Complaints Commission of South Africa (BCCSA), which has slammed him for failing to participate in broadcasts over the dysfunctional state of the National Prosecuting Authority (NPA).

Chauke’s failure to take up Brown’s offers to appear on her current affairs show The Fix to address, among other questions, his alleged bungling of the case against torture-accused police officer Jan Mabula, resulted in his own misfortune, the BCCSA found.

“The concern around the NPA and its inability to effectively fight crime in South Africa, remains a legacy and current sore point for the longest of time.

“Various criminal transgressions have gone unpunished, such that the broader South African public have lost hope in the justice system,” it stated in a unanimous ruling that was delivered on Monday morning.

It added that programmes like The Fix have “opened various dialogues in order to appraise the public about the status quo every now and then”.

Thus, it said, a failure to “be part of these transparent discussions would undermine the very public’s need to understand the NPA leadership role when it comes to the retention of public confidence”.

The NPA has not responded to requests for comment on the BCCSA’s ruling.

Meanwhile, Brown has lodged a formal complaint with the NPA after Chauke sent her producer a WhatsApp message, stating that she had “a good price on me” and questioning who was “the sponsor of the price in the NPA and eNCA news”.

She told the BCCSA that she interpreted that message as one that implied that she was a “paid journalist” and said she regarded that comment as a “threat” – a claim which Chauke’s advocate, Dali Mpofu, previously rubbished.

Chauke’s complaint related to a 11 October broadcast of The Fix, in which Brown questioned what action could be taken against a number of senior prosecutors, including him, who had reportedly been implicated in unlawful conduct or embroiled in controversy.

One of Chauke’s 10 complaints against Brown and eNCA, which were all dismissed by the BCCSA, was that they had “sought to sew division among the senior executives in the NPA by suggesting that Mr Chauke should be subjected to a Mokgoro-type investigation”- an apparent reference to the inquiry held to determine former NPA official Nomgcobo Jiba’s fitness to hold office.

Brown appeared to have situated her criticism of Chauke on the scathing rebuke issued against him by NPA second-in-command, Rodney de Kock, after he agreed to halt the prosecution of alleged “torture cops”, Mabula and his colleagues, so that they could make representations to NPA head Shamila Batohi, and then challenge any decision she might make not to drop the case.

It is the State’s case that Mabula and his co-accused allegedly tortured other policemen as part of their investigation into the 2006 R14-million robbery of a SAPS store in Benoni.

De Kock, who described the case as a “priority” prosecution and stressed that police officers “taking the law into their own hands is serious and is a complaint that society is obliged to test”, slammed Chauke for flouting NPA policy and “exceeding his powers” by stalling it.

As yet, however, no disciplinary action has been taken against Chauke.