The expert says Mkhwebane's reputation has already been tarnished, following yet another court defeat. 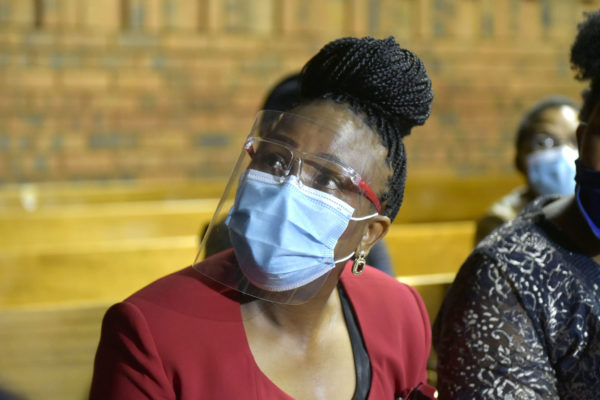 With perjury-accused Public Protector Advocate Busisiwe Mkhwebane considering to approach the Constitutional Court with a rescission application following another court, a legal expert believes the matter will be dismissed if she proceeds with it.

Mkhwebane approached the highest court in the land after her report into the CR17 campaign was set aside in March last year by the Gauteng High Court in Pretoria.

The public protector released the report on the CR17 campaign in July 2019. In the report, she found Ramaphosa had deliberately misled Parliament and recommended an investigation by the police into possible money laundering.

However, the Constitutional Court majority judgment held that no law authorised Mkhwebane to investigate the private affairs of political parties.

The Constitutional Court also concluded Ramaphosa did not deliberately mislead Parliament about donations in contrast to what the public protector found in the report.

Justice Chris Jafta said Mkhwebane had the facts and law wrong as she had changed the Executive Ethics Code to align with the findings in her report.

The public protector now considers approaching the Constitutional Court in an effort to have the apex court’s ruling that she changed the Executive Code of Ethics rescinded, according to TimesLive.

Mkhwebane’s potential move will be similar to former president Jacob Zuma, who in a last-ditch effort to avoid time behind bars, approached the Constitutional Court with the same application.

Public protector spokesperson Oupa Segalwe has since argued the judgment, saying the ruling carried the narrative Mkhwebane “is so unscrupulous that she would go as far as to edit the code”.

Segalwe told TimesLive there were two versions of the code and it might be the reason why the public protector was seeking to have the judgment rescinded.

Speaking to The Citizen, Legal expert Ulrich Roux said while Mkhwebane might approach the Constitutional Court, the chances of her application being successful was low.

“As I see it, the public protector’s application will be dismissed if she does indeed file it. The Constitutional Court found many things regarding her report in general, not just the fact that she violated the Executive Ethics Code. The court did rule she had no power to investigate the affairs private.

“On her argument that she relied on a different code is a point she will obviously latch to. That is going to be her biggest case to have the ruling rescinded. I don’t believe these grounds are enough for the Constitutional Court to rescind its own judgement” Roux said.

Asked whether Zuma opened the floodgates for challenges to the Constitutional Court or for the court to be undermined in light of Mkhwebane’s application, Roux pointed out each case was based on its own merits. However, he believes the court should have not entertained the former president in the first place.

“I think it is more a case of the Constitutional Court entertaining Mr Zuma. The court could have dismissed his rescission application because now it comes across as they are doubting their own judgement, which took three months to hand down, by agreeing to hear the application. But in every matter, each case is judged on its own merits. Yes, maybe people might attempt to challenge the court.

“Perhaps, some people might disregard the fact that the Constitutional Court is still the highest court in the land,” he said.

‘Another nail in the coffin’

With her term in office set to in 2023, Roux further said the public protector’s reputation had already been tarnished, saying the CR17 campaign judgement was “another in nail the coffin”.

“Her track record since she came into office has been dismal and this latest court defeat isn’t helping her career either. It was another in nail the coffin. She is already being investigated for her competency in office by Parliament. Her reputation has already been tarnished. She seems to be undoing all the work her predecessor Thuli Madonsela has done in a short space of time,” he concluded.

In March, the National Assembly in Parliament voted in favour of establishing an ad hoc committee to investigate Mkhwebane’s competency for office after an independent review panel said it found substantial information which constitutes prima facie evidence of incompetence and misconduct by her.

Mkhwebane has since challenged Parliament’s removal proceedings. She filed an application challenge to the impeachment process in Parliament in the Western Cape High Court last month.

However, the case raises constitutional issues and has the potential at least to eventually land up in the ConCourt.

This means it could wind up dragging on beyond the end of Mkhwebane’s term in 2023, eating up state resources in the process.