Mkhwebane applies to ConCourt for rescission of CR17 judgment

Public protector insists the highest court in the land got a part of its judgment against her wrong and she wants the record set straight. 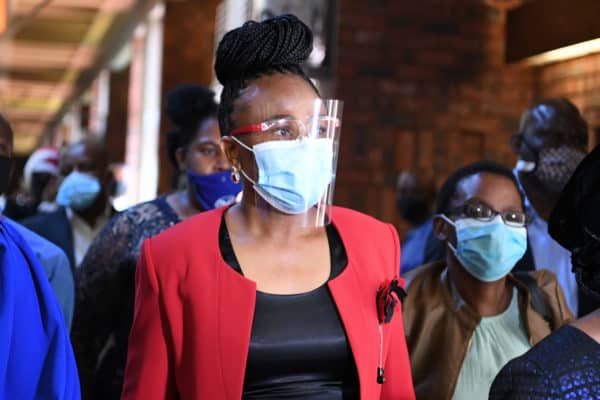 In a statement on Sunday, Public Protector Advocate Busisiwe Mkhwebane confirmed that she had applied to the Constitutional Court for the “rescission, varying and/or reconsideration” of the harsh court loss she suffered this month when her appeal in the CR17 campaign funding for President Cyril Ramaphosa’s ANC presidential campaign of 2017 was dismissed.

She has argued that the Constitutional Court itself violated the Constitution and the principles of legal precedence by failing to recognise the same 2007 executive ethics code that was used when her predecessor, Advocate Thuli Madonsela, made findings against then president Jacob Zuma in her Nkandla investigation.

“This is an unprecedented and unconstitutional departure from the well-established principle of stare decisis [Latin for precedence], which has been consistently upheld by this honourable court,” she says in her application, which was filed on Friday.

Attempts at rescission in the Constitutional Court were thrust into the spotlight this month, with Zuma’s lawyers also hoping the apex court would amend or reverse its decision to imprison him for 15 months for contempt. The outcome of that application is still being awaited.

“The doctrine of precedent not only binds lower courts, but also binds courts of final jurisdiction to their own decisions,” Madonsela further argues in her papers.

Earlier this month, the Constitutional Court dismissed Mkhwebane’s application for leave to appeal the high court decision to set aside her report into Ramaphosa’s 2017 ANC presidential election campaign.

Mkhwebane had approached the highest court in the land after her report into the CR17 campaign was set aside in March last year by the High Court in Pretoria.

The public protector released the report on the CR17 campaign in July 2019. In the report, she found Ramaphosa had deliberately misled parliament and she recommended an investigation by the police into possible money laundering.

However, the Constitutional Court majority judgment held that no law had authorised Mkhwebane to investigate the private affairs of political parties and their leaders.

The Constitutional Court also concluded that Ramaphosa did not deliberately mislead Parliament about donations, in contrast to what the public protector had found in her report.

Justice Chris Jafta said Mkhwebane had the facts and law wrong as she had changed the Executive Ethics Code to align with the findings in her report.

Public protector spokesperson Oupa Segalwe said at the time that the ruling carried the narrative that Mkhwebane “is so unscrupulous that she would go as far as to edit the code”.

Her application has now indeed centred on this issue, as was widely expected.

In her statement, Segalwe says: “The application centres on the patently erroneous finding that the Public Protector ‘changed’ the Executive Code of Ethics, replacing the word ‘wilfully’ with ‘deliberately or inadvertently’. This finding was pivotal to the decision to dismiss the appeal.”

Segalwe added: “It will be argued respectfully in court that, in fact, the court relied on the old version of the Code, which was published in 2000 while Adv. Mkhwebane invoked, verbatim, the provisions of the amended version of 2007, which the Constitutional Court has itself endorsed as recently as March 2016 in the EFF v Speaker of the National Assembly case.

“The office is just as alive to the importance of the principle of finality in the administration of justice as it is to the implications of the dismissal of the appeal on Adv. Mkhwebane both in her personal and professional capacities. The dismissal of the appeal also has serious implication for the work of the office, which is the sole enforcer of executive ethics under the Executive Members’ Ethics Act, 1998.”

Earlier this month, speaking to The Citizen, legal expert Ulrich Roux said the chance of her application being successful was low.

“As I see it, the public protector’s application will be dismissed if she does indeed file it. The Constitutional Court found many things regarding her report in general, not just the fact that she violated the Executive Ethics Code. The court did rule she had no power to investigate private affairs.

“On her argument that she relied on a different code is a point she will obviously latch to. That is going to be her biggest case to have the ruling rescinded. I don’t believe these grounds are enough for the Constitutional Court to rescind its own judgement,” Roux said.

Roux further said the public protector’s reputation had already been tarnished, saying the CR17 campaign judgement was just “another in nail the coffin”.

“Her track record since she came into office has been dismal and this latest court defeat isn’t helping her career either. She is already being investigated for her competency in office by parliament. Her reputation has already been tarnished. She seems to be undoing all the work her predecessor, Thuli Madonsela, has done in a short space of time.”

In March, the National Assembly in Parliament voted in favour of establishing an ad hoc committee to investigate Mkhwebane’s competency for office after an independent review panel said it found substantial information which constituted prima facie evidence of incompetence and misconduct by her.

Mkhwebane has since challenged Parliament’s removal proceedings. She filed an application challenge to the impeachment process in Parliament in the Western Cape High Court last month.

However, the case raises constitutional issues and has the potential at least to eventually land up in the ConCourt.

This means it could wind up dragging on beyond the end of Mkhwebane’s term in 2023, eating up state resources in the process.