The postponement was due to Smith appointing new lawyers as well as for the state to disclose the final indictment. 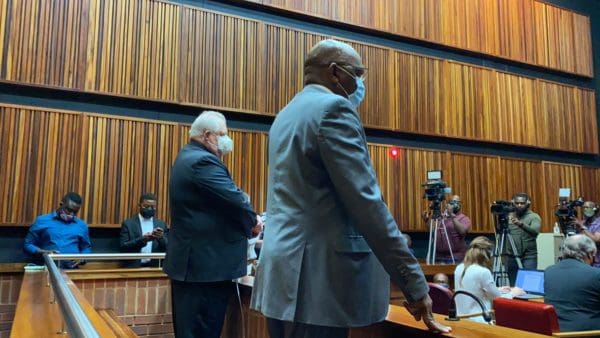 The postponement was due to Smith appointing new lawyers, as well as for the state to disclose the final indictment.

Smith faces charges of corruption for the alleged gratifications he received from corruption-accused company Bosasa in the form of security upgrades to his Gauteng home, and for accepting cash transferred into his personal bank account via the bank account of his company, Euroblitz.

In addition, Smith faces fraud charges for failing to disclose to Parliament the gratifications that he received from Bosasa, which the state believes were bribes to silence his opposition to the company during parliamentary committee meetings.

During his last court appearance in July, the National Prosecuting Authority’s (NPA’s) Investigating Directorate (ID) notified the court of more charges to be added against Smith.

The state also applied to have the case of Agrizzi and Smith separated, which the court granted.

“This was motivated by the infringement of Smith’s rights to a speedy trial, which was affected by Angelo Agrizzi’s absence in court due to ill health,” ID spokesperson Sindisiwe Seboka said in a statement.

Seboka said the ID informed the court on Tuesday of its plans to subpoena Agrizzi’s doctor in order to make a determination on whether he could stand trial or not.

Agrizzi’s lawyer had submitted a medical report that the former Bosasa COO is currently unfit to stand trial after he had a heart attack in hospital in October 2020.

The heart attack happened a week after the Specialised Commercialised Crime Court denied Agrizzi bail for allegedly making payments to Smith. The decision was later overturned and he was granted bail by the Johannesburg High Court.