The former minister's trial has started in the Johannesburg Magistrate's Court. 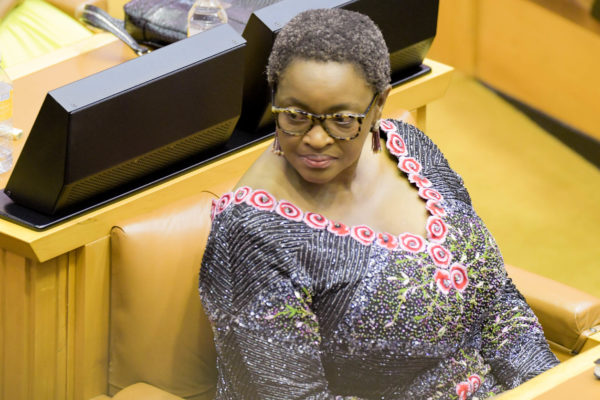 Dlamini returned to the Johannesburg Magistrates Court on Wednesday morning, where she entered her plea before the first witness was called.

Dlamini is facing charges related to her testimony during an inquiry ordered by the Constitutional Court (ConCourt) with regards to her role in the social grants crisis of 2017.

The case stems from an application brought forward by Black Sash Trust and Freedom Under Law (FUL) in a bid to hold Dlamini accountable for role in the matter.

An inquiry was instituted in 2018 by the ConCourt over an unlawful contract between the Sassa and its former grants distributor, Cash Paymaster Services (CPS).

The inquiry, which was chaired by Judge Bernard Ngoepe, found that Dlamini not only failed in her duties as minister, but also failed to disclose information to the inquiry for fear of being held liable for the 2017 crisis.

The former minister was also ordered to pay litigation fees as well.

In August, the Director of Public Prosecutions (DPP) in Gauteng decided to prosecute Dlamini for perjury, and a summons was issued for her to appear in court on 21 September.

After appearing in court that day, Dlamini’s case was then postponed to 1 October, to allow the state and her legal representatives time to exchange the contents of the docket.

Watch the court proceedings live below:

A report released by the South African Institute of Race Relations (SAIRR) in 2017 showed more people were receiving social grants than the number of employed citizens.

In 2016, there were 15,545,000 employed citizens in South Africa, while 17,094,331 people were receiving social grants. The report also stated government would find it hard to expand the grants rollout as the economy slows.

Speaking to The Citizen at the time, SAIRR analyst Gerbrandt van Heerden said the social grants crisis was a “recipe for political chaos”.

“As the economy stagnates and tax revenue slows, demand for more grants will increase. The government will then have to cut other areas of expenditure in order to meet popular demand for more and higher grants.”