The Constitutional Court said Rohde's latest appeal had no reasonable prospect of success. 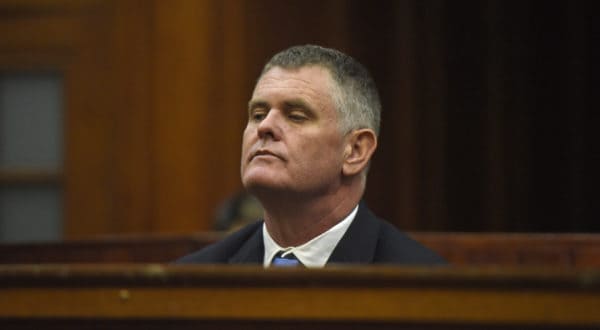 The Constitutional Court has dismissed Jason Rohde’s application for leave to appeal.

This means that there are no more legal avenues for Rohde to be cleared for the murder of his wife Susan in 2016.

South Africa’s highest court on Friday rejected his appeal, saying that there was no reasonable prospect of success.

“The Constitutional Court has considered this application for leave to appeal,” read the order.

Susan was murdered by Rohde at the Spier wine farm in Stellenbosch during a realtors’ conference in 2016. Rohde was the former CEO of Lew Geffen/Sotheby’s International Realty.

Rohde claimed Susan had killed herself after being unhappy in their marriage. Susan had recently found out that Rohde was having an affair with an estate agent, Jolene Alterskye.

Although the couple had tried to work on their marriage, tensions escalated at the conference, at which Alterskye had also attended.

Susan was found in the bathroom of their hotel room with a hair ironing chord around her neck and tied around a towel hook behind the bathroom door.

In light of mounting evidence against him, including the fact that he was heard saying “I want you gone now, and I don’t care about the consequences,” to her prior to her death, the courts dismissed his version of events.

In February 2019, Rohde was sentenced to 20 years in prison by the Western Cape High Court over the July 2016 murder.

Earlier this year, the Supreme Court of Appeal (SCA) dismissed Rohde’s appeal against his conviction for murder, but reduced his five-year jail sentence for defeating the ends of justice to three years.