The 76-year-old man was taken to the nearest hospital for medical attention after being shot in the leg.

The black Audi that transported the armed robbers.

A 76-year-old pensioner was robbed of an undisclosed amount of money at Bracken City Shopping Centre on Tuesday afternoon, reports Alberton Record.

According to the complainant, he went to FNB to draw money. As he left the shopping centre, a black Audi stopped in front of him. There were two suspects in the vehicle, armed with pistols.

As soon as the man realised he was going to be robbed, he ran towards the FNB with the intention of throwing the money inside the bank, in the hopes that the suspects would not be able to steal the cash.

Instead, the suspects managed to grab the money, and shot him in his left leg. One of the suspects caught on CCTV footage. 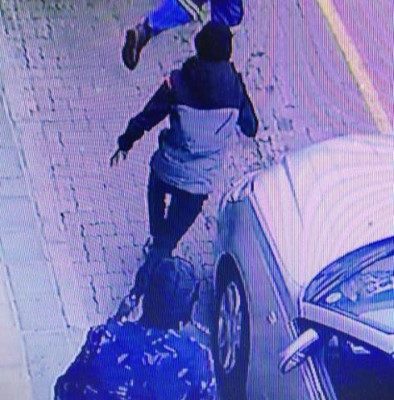 Brackendowns detectives are investigating a case of armed robbery and attempted murder, and are appealing to anyone that might have witnessed the incident to contact Captain Henry Meyer on 011 617 5612.