Emotional scenes played out on Saturday in Thoriso Themane's home town of Polokwane at his funeral service where mourners came to pay their final respects. 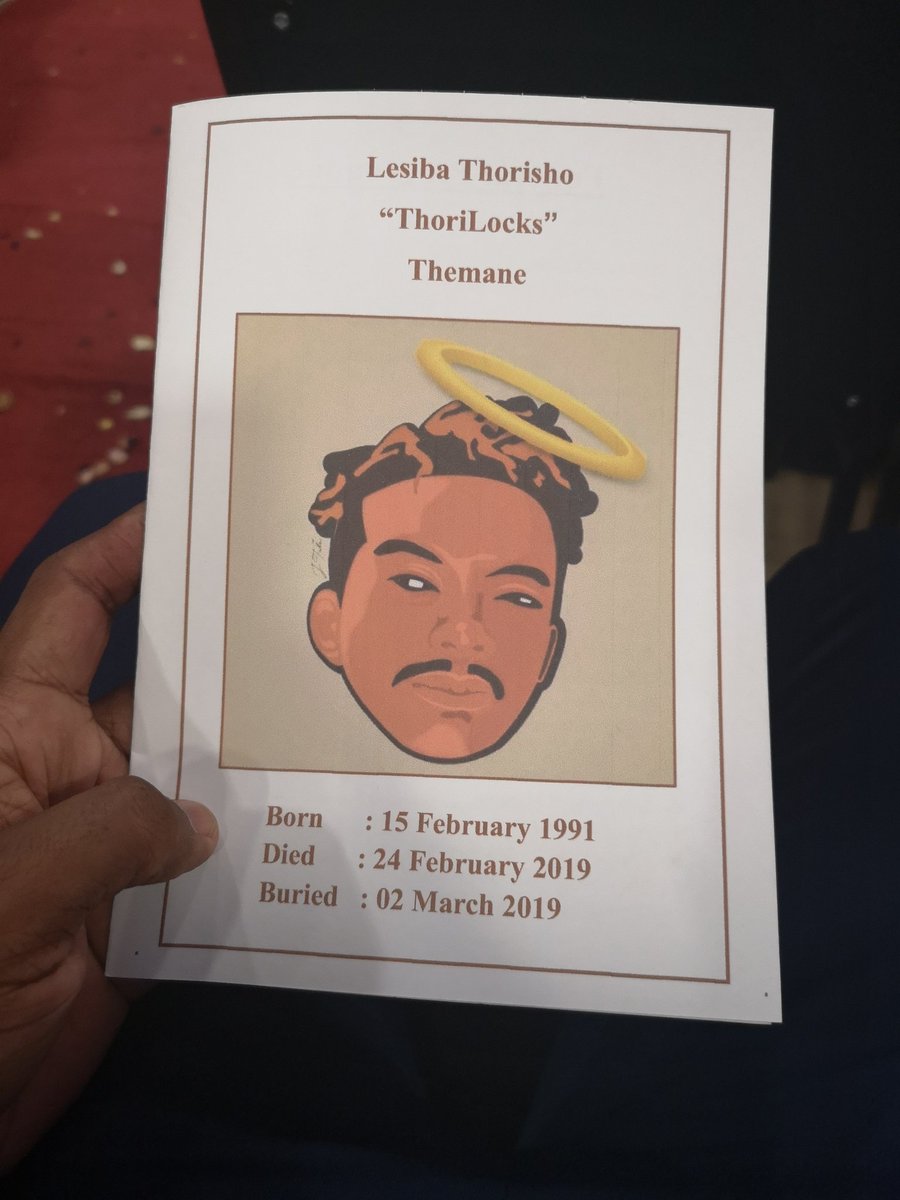 The Jack Botes Hall was filled to the rafters.

Cele was given the opportunity to speak, and told the audience he admired the humble attitude and strength of Themane’s father. He expressed concern about the rate of crime in Limpopo and undertook that justice would be served in Themane’s case.

The minister revealed that he had made a request to the National Prosecution Authority and government’s justice, crime prevention and security cluster for “special punishment” to be ensured for the teenagers who allegedly killed Themane.

He spoke about the teenage boy who took to social media to boast about his father being a police officer and that he could “not be touched” and said the boy “must be touched”.

“We need to make an example out of him and send a strong message to criminals that they will not be tolerated in this country.”

Themane’s mother was inconsolable, saying that even if her son’s killers were brought to book, nothing would bring back her boy.

Themane was allegedly murdered by a group of teenagers last weekend. Nine arrests have already been effected in the case, which will be heard this week in the Polokwane Magistrates’ Court.

According to mourners in attendance, Themane asked for a sinner’s prayer to be inscribed on his tombstone.

Wow Thori requested a sinners prayer to be written on his Tombstone what an Evangelist he was and still is! #ThorisoThemaneFuneral#ThorisoThemane pic.twitter.com/NqcCBInDI0

Rest in perfect peace #ThorisoThemani… you will rest now, and we will remain in this turbulent existence that keeps refusing the black youth any life beyond being youth.

Oh, dear black child, return from your destructive ways, do not make death so proud! ???? pic.twitter.com/gSE4H6NLwc

May your death not be in vain.

May we all look after the young men & women in our communities & help them to make better life choices.

Themane, at the age of 28, was allegedly murdered by a group of pupils from Capricorn High School in Limpopo.

The case has shocked the country as videos of the murder circulated on social media, and one of the suspects boasted that his father, a policeman, would protect him.

The attack took place in Flora Park, a leafy suburb near the central business district of Polokwane, last weekend. According to the police’s information, Themane had been arguing with the group of pupils who were at the school over the weekend.

One Flora Park resident, who said her child was a pupil at the school, said the parents were worried that only a few of the pupils, who did not have ties with the powers that be at the local police station, were called in for questioning.

This was after it emerged that the father of one suspected killer in the group was a high-ranking police officer.

“We want all children identified to have taken part in the assault and the killing of the man to be named and shamed. Otherwise justice will not be served in this matter, because only the haves are treated with velvet gloves and the poor and the lesser known differently,” said the woman, speaking on condition of anonymity for fear of reprisal.

Five pupils between the ages of 15 and 17 years were initially arrested. One more was cuffed on Wednesday night, with another three apprehended by Friday morning.

Political parties gathered outside the Polokwane Magistrate’s Court on Thursday where the first six teenagers appeared.

The victims’s father, Mahlapahlapana, has said he regrets bringing his son into what he has described as a vicious world.

He said it was painful that he thought his son would bury him, but now he is the one who has to bury his son.

“We are pleased that you knew the Lord in your teenage years, although you had your own weaknesses. But the grace of God has undertaken for you … I will find you there,” he said, speaking to news channel eNCA.

“I’m sorry I brought you into a vicious world like this and I’m sorry about what happened to you.”

He, however, called for forgiveness for the petpetrators.

Thoriso Themane trial: Witnesses recall details of what transpired
9 months ago
9 months ago

Thoriso Themane trial: Witnesses recall details of what transpired
9 months ago
9 months ago