At a town hall debate, Pogiso Mthimunye says he was attacked by a group wearing ANC shirts. 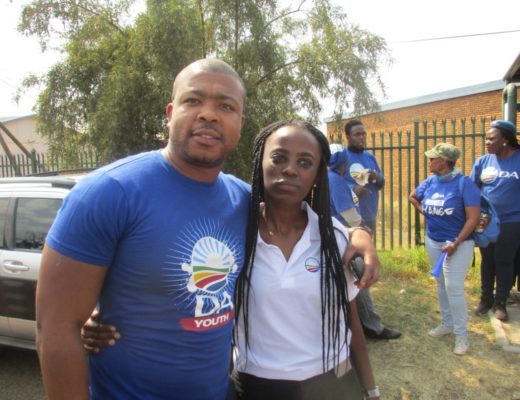 Gauteng Democratic Alliance Team One spokesperson on youth Pogiso Mthimunye will lay charges with police after he was allegedly assaulted by African National Congress supporters at an SABC radio station debate in Pretoria on Friday night.

“Last night [Friday], while attending an election town hall debate hosted by Motsweding FM, I was assaulted by a group of people wearing ANC T-shirts. I will be laying criminal charges of assault at the Temba police station today [Saturday],” Mthimunye said.

The alleged assault took place at the Sebothoma Community Hall in Temba, in the City of Tshwane.

“The unprovoked attack occurred just after I arrived for the debate which was scheduled to start at 6pm, when the group of people in the parking area realised that I was a representative of the DA,” Mthimunye said.

“We will be liaising with the South African Broadcasting Corporation (SABC) to ensure that adequate security is provided at future election debates. This incident is unacceptable as we head into the 2019 general elections. Everyone has the right to associate with a political party of their choice without fear of being intimidated or assaulted.

“This incident is disheartening as all political parties need to be able to campaign in a safe environment. We would like to commend the Tshwane metro police for their swift response following this incident. We will closely monitor the progress of this investigation and anyone found guilty must face the full might of the law,” Mthimunye said.