ANC councillors gunned down in Mokopane

The victims were apparently seated in a vehicle when a gunman approached and shot at them at point-blank range. 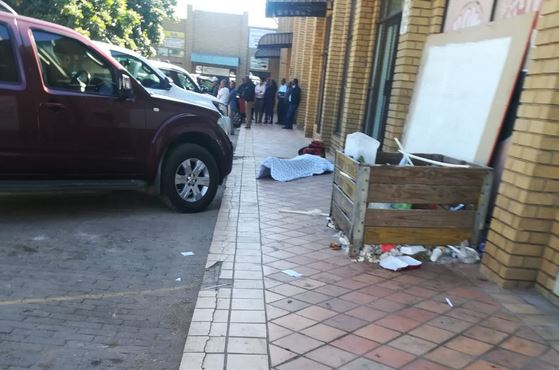 One of the victims of yesterday's shooting. Image: Polokwane Review

Mokopane police said that a high level investigating team had been assembled to solve the murder of two men on Tuesday afternoon.

Polokwane Review was on the scene in Pretorius Street, Limpopo, shortly after the incident happened.

A source close to the Mogalakwena Municipality, who wants to remain anonymous for safety reasons, told Polokwane Review on Tuesday that one of the victims was an ANC councillor.

SABC News reports that Kanyane was the ANC secretary in the Mogalakwena sub-region.

“The victims were apparently seated in a vehicle when the gunman approached and, at point-blank, immediately started firing shots at them. They both died at the scene. The suspect is believed to have fled on foot following the incident.

“The provincial commissioner of the South African Police Service in Limpopo, Lt Gnl Nneke Ledwaba has instructed that the assailant(s) must be hunted down and brought to book,” Tuesday’s statement read.

ANC members reportedly planned to close the municipality on Wednesday.

Mookgophong-Modimolle mayor Marlene van Staden alleged on social media that Kekana and Kanyane were in the process of investigating tender fraud.

The motive behind the incident is currently unknown, and two cases of murder have been opened.

Anyone with information can contact Capt Richard Boshomane at 079 894 5501 or Warrant Officer Marcus Mofya at 078 817 8012. Alternatively, visit your nearest police station.