The vehicle was travelling on the N2 highway when it was stopped by an unidentified number of gunmen. 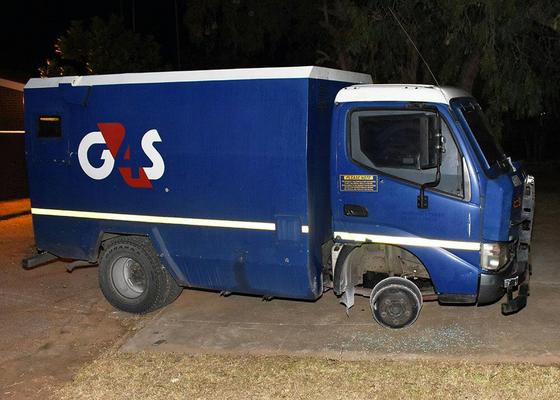 Cash-in-transit (CIT) security personnel escaped with their lives on Monday after their vehicle was bombed near Mandeni, KwaZulu-Natal.

IPSS Medical Rescue spokesperson Paul Herbst told News24 that the vehicle was travelling on the N2 highway towards Mandeni after a pick up, when they were stopped by an unidentified number of gunmen.

The vehicle then tried to make a U-turn but was unsuccessful and came to a halt.

The armed men then approached the vehicle and placed an explosive device on its roof.

The security personnel managed to escape before it was denoted.

The gunmen then made off with an undisclosed amount of cash.

Images of the CIT vehicle show large bullet holes in the windscreen, the back door forced open and the safe exposed.

“Shots were fired at their vehicle and it came to standstill. A group of armed suspects bombed the vehicle and took an undisclosed amount of cash. They also robbed the security guards of their two firearms,” she said.

Muridili added that a case of cash-in-transit robbery was opened at Mandeni SAPS.