A murderer stormed into the ward over the weekend to finish off his shooting victim from earlier in the week. 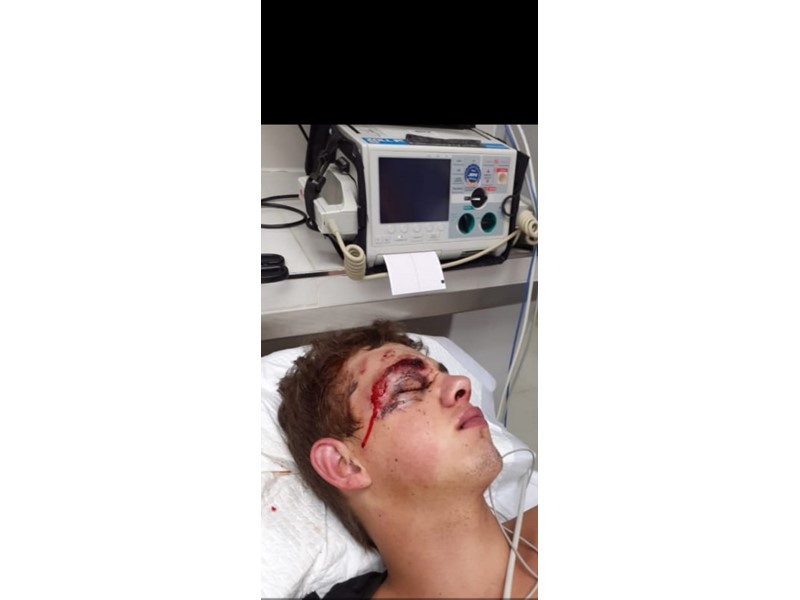 Ruben Espach shortly after being hospitalised following his fall from a friend's motorcycle. His parents were with him in the ward when the shots in the room below him started ringing out on Saturday at Witbank Hospital.

“Five or six shots rang out right under my son’s room. I only took two steps down the stairs, ran to the car and shouted to the girls: ‘Lie flat!'”

Chris Espach was among those at a shooting that unfolded this weekend at Witbank Hospital, reports Middelburg Observer.

His son, Ruben, 20, was lying on the first floor of the hospital’s surgical ward after undergoing a brain operation on Thursday.

The previous Saturday he had fallen off a friend’s motorcycle on farm just outside Middelburg, and was admitted to Witbank Hospital, where three brain specialists performed a brain operation on him on Thursday.

Espach said they were already at their car in the parking lot on Saturday night when he and his wife, Trudie, saw that they had left his soft drink in the vehicle.

His two daughters, Juanita, 27, and Chrizanne, 6, as well as niece Maryna, 15, said they would wait for them in the car and listen to music.

Espach and his wife returned to Ruben, where they heard the gunshots shortly thereafter. Espach ran down the stairs and found security guards shouting at him: “Call the police!”

As he ran to see if the girls were safe, he called the cops.

The girls had not heard the shots because of the music, but immediately obeyed when Espach ordered them to lie flat in the car.

He did not unlock the car doors, as he was afraid the killer might still be hiding somewhere in the dark and fire at them or assault them if the vehicle was unlocked.

After the security assured him that the murderer had already fled the premises, Espach quickly took the girls and ran with them back to the first floor.

“The doors were locked with chains, but the security let us in and told the kids to sit in the corner of the room, not near the windows.”

After police secured the area, they left.

“There are patients who have discharged themselves after the incident, but I cannot take my child there. He underwent a brain operation. They now have stricter safety measures and my child is definitely safe. ”

He had been admitted last Wednesday with gunshot wounds for treatment.

On Saturday evening at about 6.45pm, a person walked into the ward and the patient recognised him immediately.

A fight ensued between the patient and the other person, upon which the suspect fired multiple shots and the patient was left dead.

Brigadier Leonard Hlathi said: “We suspect that he [the shooter] came to finish him off at the hospital,” said Hlathi, adding that investigations into both shootings would determine the exact circumstances.

Translated from Afrikaans by Charles Cilliers