Preliminary reports suggest that three armed suspects entered a jewellery store at the centre and demanded watches from the staff. 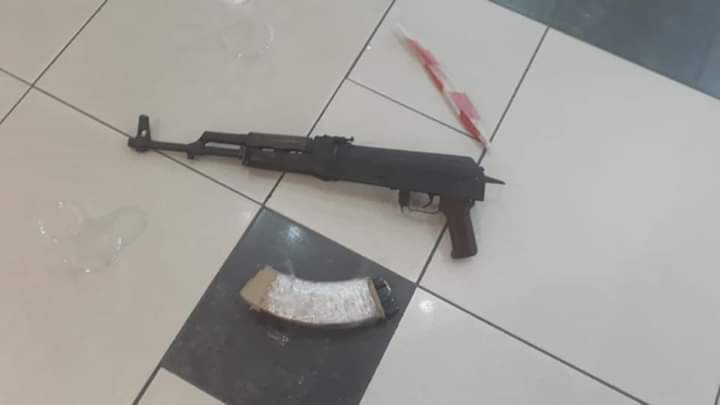 Police have launched a manhunt for an unconfirmed number of alleged robbers following a shooting incident at a jewellery store on Sunday at the Bedford Centre in Bedfordview, during which one suspect was fatally shot, reports Bedfordview Edenvale News.

“Security officers are said to have responded to a call and the suspects started firing shots as security arrived. Security members returned fire and one of the suspects was declared dead on the scene.”

“One security officer was rushed to hospital after he was allegedly hit by one of the suspects as the latter fled the scene,” said Peters.

” It is believed that there could have been more than just three suspects, as the alleged robbers made off in two vehicles.”

Police recovered an AK47 with two loaded magazines. The firearm will be subjected to ballistic testing for further investigation.

“The suspects are said to have taken watches whose make and value is yet to be confirmed.”

Parts of the shopping centre were closed after the shootout. Centre management also confirmed that no injuries were incurred by members of the public.

Centre management said it is assisting the SAPS with its investigation.

“Certain areas in Bedford Centre are trading, but no one is allowed in the central core area until the SAPS completed its investigation,” they said on Sunday.

Anyone with information can contact Bedfordview SAPS or call the Crime Stop number on 08600 10111.