Five dead and nine injured in three shootings in Centurion

The violence reportedly started around 5am on Monday when the driver of a taxi patrol vehicle was shot dead near the Plaza taxi rank. 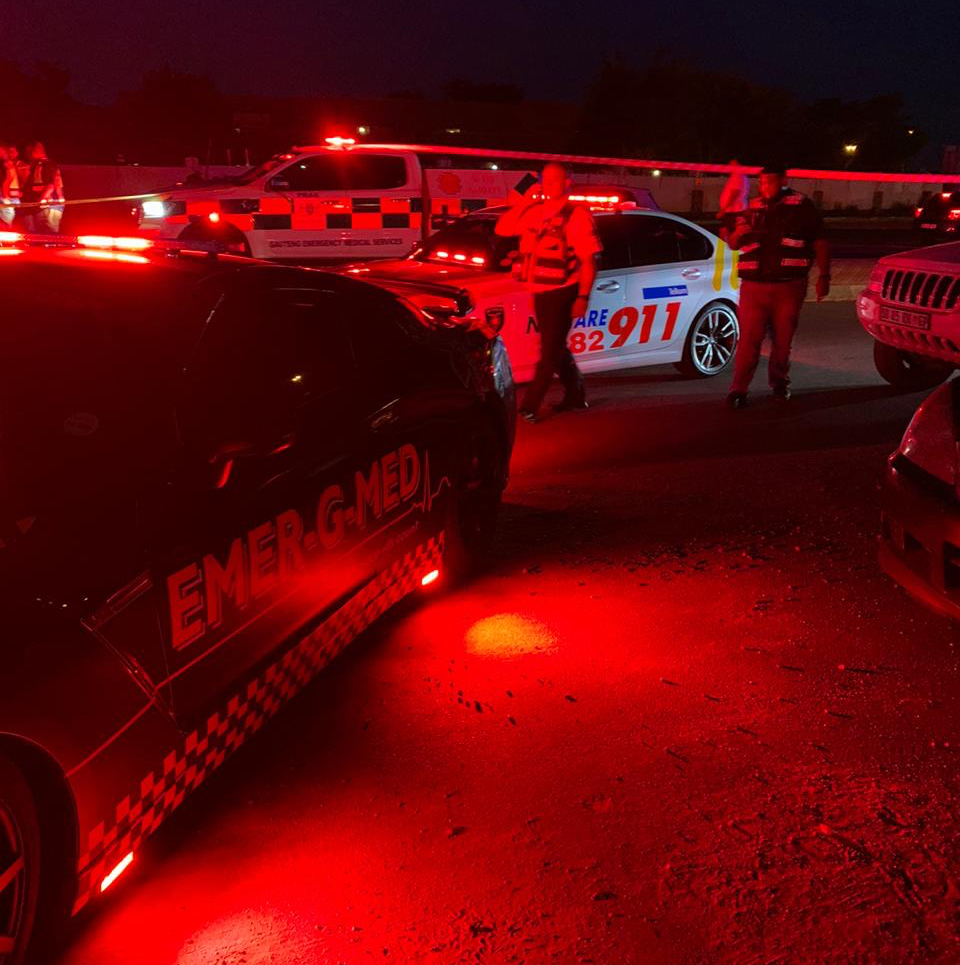 The violence started around 5am on Monday when the driver of a taxi patrol vehicle was shot dead near the Plaza taxi rank in Olievenhoutbosch, said Brigadier Mathapelo Peters.

Three passengers survived and were rushed to hospital.

Around 6.55pm, a vehicle with no registration stopped alongside a stationary taxi on Ruimte Road in Heuweloord.

Three armed men got out and fired shots at the taxi, killing three men who were inside. They then fled in their vehicle, said Peters.

Peters said a police officer was shot and critically wounded around the same time in the same street, near Mall@55 in Olievenhoutbosch.

Shots were randomly fired from an unknown vehicle.

Six other victims were injured, while one person was declared dead on the scene.

ER24 spokesperson Ross Campbell said that, when they arrived on the scene, they found a man who had been shot dead in a vehicle.

“Three other adult males, all between the ages of 35 and 45, were found lying in the street also having suffered gunshot wounds. Two were in a critical condition and one had suffered minor injuries,” he said.

“A 27-year-old male, found 100m from the scene of the crime, had suffered serious injuries, also from a gunshot wound.”

Campbell said he was rushed to Kalafong Hospital.

Mawela said they were doing everything they could to catch those responsible so that the violence did not escalate further.

“As the police, we are dutybound to ensure the safety of commuters who rely on taxis as a means of transport, especially during this festive season period, where people will be travelling long and short distances to different destinations,” he said.

Cases of murder and attempted murder are being investigated.

Witnesses or anyone who may have information that could lead to the identification and apprehension of the suspects, can call the Crime Stop number 08600 10111 or give a tip-off anonymously on the My SAPS app.