The 29-year-old suspected hijacker was detained at the Alexandra Police Station. 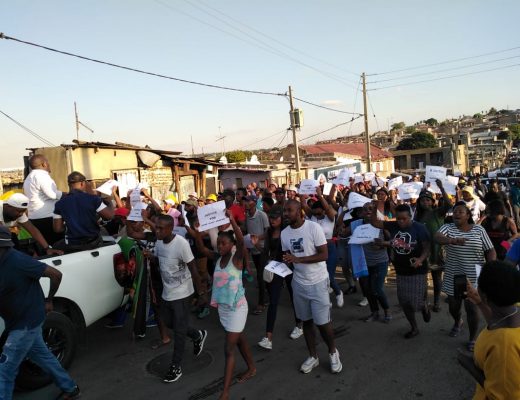 Alexandra community marches to the local police station after a woman was shot and killed in a crossfire between a suspect and the police. Photo: Nduduzo Nxumalo

A woman identified as Samantha Radebe was shot and killed after she was caught in the crossfire between a suspect driving a hijacked vehicle and police on Wednesday in Far East Bank in Alexandra, Alex News reported. 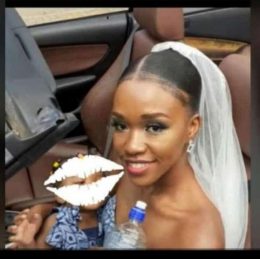 This prompted outrage from Alex community members, who marched to the Alexandra Police Station in protest.

Alexandra police spokesperson Captain Stephen Malatjie said police officers were on a routine patrol on Lenin Drive at around 6.30pm when they spotted a vehicle that was allegedly hijacked from the Marlboro Gautrain Station earlier in the day.

“Police tried to stop the car but the occupant pulled out a firearm and shot at the police. The officers retaliated and eventually the suspect was arrested,” he said.

IPID is investigating which of the firearms were responsible for the wounds sustained by the bystanders, Malatjie said.

A 29-year-old suspect was detained in the holding cells at Alexandra Police Station and was expected to appear in court soon.

A witness has described to News24 how he initially thought it was firecrackers going off when police and alleged hijackers started firing at each other in Alexandra on Wednesday.

Happy Ndobe was driving with his friend in the area on January 15, when the shooting started.

“We were driving from Tsutsumani section. As we approached London Road, there was a Toyota Avanza taxi and Audi sedan ahead of us. The Audi was driving very slowly, while the Avanza which had passengers was following it.

“As we were driving, I then heard gunshots. At first, I thought they were firecrackers and I then saw a young boy running. Fortunately, I was opposite a filling station, I then drove there to take cover and the taxi followed us.

“We jumped out of the vehicle and saw that the Audi had stopped. A police van stopped in front of the Audi,” Ndobe said.

Later, a white VW golf arrived and parked near the Audi.

He initially thought the shooting was a hijacking scene.

“As I went closer, a man was lying on the ground, his hands were handcuffed from the back. Later I heard that a woman and a man have been shot. If I knew that it was Radebe, I would have gone to her and helped, since we knew each other,” said Ndobe.

Malatji said: “In the aftermath, it was discovered that two bystanders were caught by bullets in the crossfire. A lady casualty died on the scene, while a male was critically wounded.

Residents of Alexandra have accused one of the police officers of deliberately shooting at the bystanders.

On Thursday evening, they marched to the Alexandra police station demanding that an officer attached to the station’s specialised unit be arrested.

“The death of Radebe has left the community of Alexandra reeling and shocked at the death of this young person in cold blood by police officers from Alexandra police station.

“I condemn and call for the immediate arrest of the infamous butcher of innocent children, and his colleagues. The senseless shooting and reckless discharging of a firearm in public areas by these officers is known and renowned in the countless murders that they have been implicated in,” said ward councillor Tefo Raphadu.