On one of the properties that were targeted, a car believed to belong to an alleged drug supplier in the area, was also burnt. 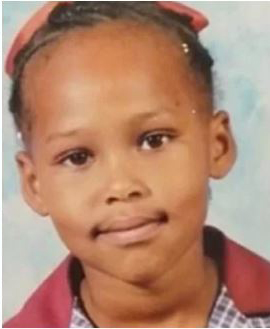 Two people were arrested on Friday when police swooped on properties in Parow, Cape Town, after a mob took the law into their own hands in anger at the murder of Tazne van Wyk.

The angry mob set alight three properties because they believed the occupants contributed to criminal activity in their community, including the abduction of eight-year-old Tazne.

Residents claimed some properties in Parow in the northern suburbs allegedly operated as brothels and drug dens. They also believed Tazne was kept in one of the properties for three days by her alleged killer Moyhdian Pangarker.

But Western Cape police spokesperson Brigadier Novela Potelwa said there was no indication that Tazne was kept in any of the houses.

“We can indicate that of the three premises that were set alight, the Parow police executed operations on two of them. As a result of those operations, two people were arrested this morning,” Potelwa said.

On one of the properties that were targeted, a car believed to belong to an alleged drug supplier in the area, was also burnt.

Another property in the same street as the one where residents claimed Tazne was allegedly held, police searched for drugs. The angry crowd cheered in support of the search.

They also chanted “Genoeg is genoeg” (Enough is enough).

“We will clean this community ourselves if we have to,” said Damaris Kiewits, a resident.

Pangarker was charged with the little girl’s murder on Wednesday night after he led police to her remains outside Worcester, north-east of Cape Town. Her decomposing body was found in a stormwater pipe.

Tazne had been missing for nearly two weeks. She was last seen on February 7 walking to a tuck shop mere metres from her home in Connaught Estate, Elsies River.

Pangarker appeared in the Goodwood Magistrate’s Court in Cape Town on Friday, his second court appearance since his arrest.

Four kilometres away in Parow, some occupants of one of the burnt properties which were torched, were seen packing and leaving with their belongings.

Bystanders believed that the suspected brothels were run by foreign nationals. They told News24 that they wanted the Parow community to be free from drugs.

“At this point, we are investigating the incident and no information at hand suggests that this could be linked to xenophobia,” Potelwa said.

“We would like to urge the community to allow the police to do their work and not to take the law into their own hands. Failure to do that, leaves us with no option but to take decisive action.”